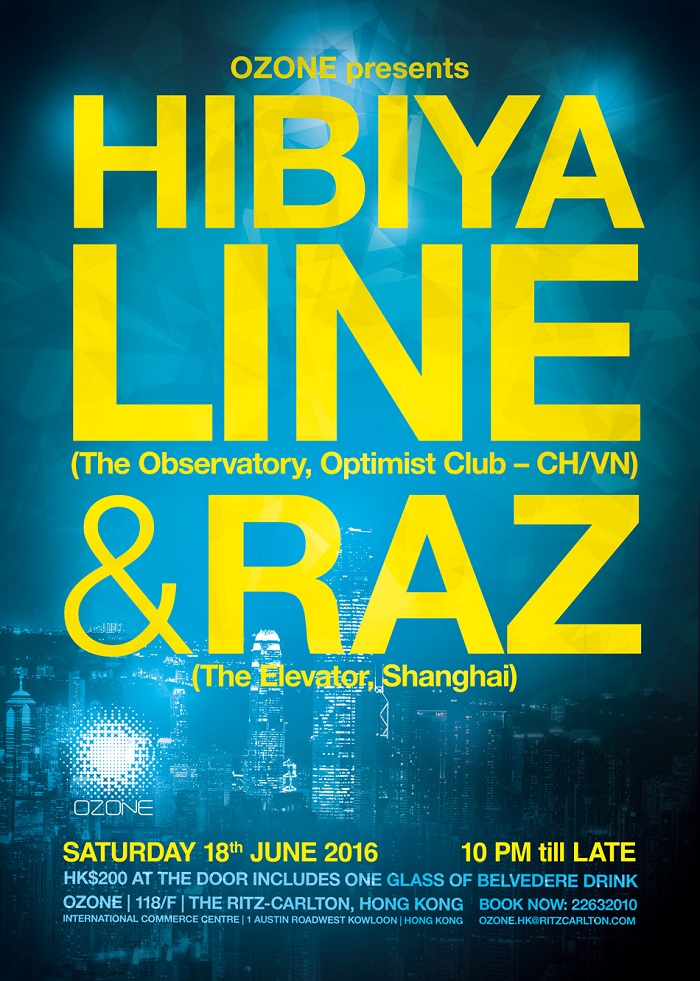 HIBIYA LINE is a DJ/promoter/venue owner based in Ho Chi Minh City (Saigon), Vietnam.
Born and raised in Lausanne Switzerland, Dan started his electronic music journey as a founding member of Digital Natives. Surrounded by people like Digitaline (Cadenza, Smallville Rec., Raoul, Tiger Sushi, etc) and Crowdpleaser (Turbo, Drumpoets Community), this quatuor has raised the dancefloors of Switzerland and ahead from 2007 to 2011, playing with a unique setup that lets them improvise live remixes on stage. In the meanwhile, this collective acted as promoters for different clubs and festival around Switzerland. Dan started as well to extend his live act practice to turntables and quickly became a known figure of the after-party scene in his hometown Lausanne. Playing tunes that range from deep disco to techno and house music, he likes as well to explore other genders during his sets.
Now based in Saigon, HIBIYA LINE is a resident DJ at BROMA and THE OBSERVATORY in Saigon and run a bi-monthly party at CAMA ATK in Hanoi.

Raz - one of the co-founder of Elevator in Shanghai

Raz is a long-time vinyl enthusiast and crate digger with a music collection that spans a wide range of styles and genres: Everything from the deepest house, to the quirkiest minimal, to the spaciest disco slow-jams…you’re likely to hear it all in a single night.
Originally from Los Angeles with over 15 years experience, he is best known for his contribution to Shanghai's thriving underground music culture over the past 5 years. He’s been busy working with local party favorites like TICT, promoting his own slow-jam infused night ‘Slowmance’, and sharing DJ rosters with various international DJ’s such as Justin Martin, PillowTalk, Lee Jones, and Steve Bug.
While many DJ's aspire to play the loudest or the hardest, Raz stands out with his emphasis on track selection, contrasting raw sounds with playful melodies, and his attention to building a musical journey over the course of the night.