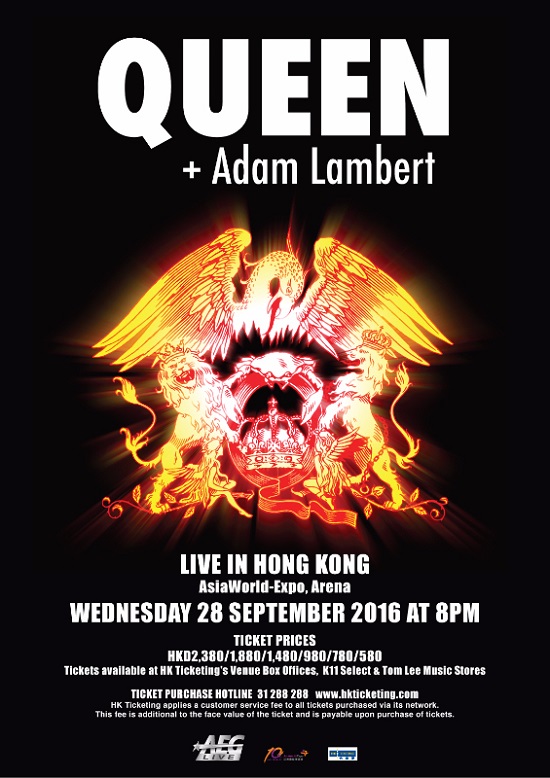 Queen + Adam Lambert announced their Asia Tour that is going to happen in Japan, Singapore, Thailand and China. The band is set to perform their first-ever show in Hong Kong at AsiaWorld-Expo on 28 September 2016. The show is presented by AEG Live. Two more cities will be announced shortly.

Since first sharing the stage for the final of American Idol in May 2009, Queen + Adam Lambert have been confirmed worldwide as a successful partnership with over 70 sold out shows in every part of the world and a concert audience to date of well over a million people.

Queen’s Brian May and Roger Taylor and Adam Lambert first met during American Idol in May 2009, joining the finalists for a performance of “We Are The Champions”. They teamed up again in 2011 at the MTV European Music Awards for an electrifying eight-minute finale, and in the summer of 2012 they performed their first live concerts with appearances across Europe including playing live before half a million people in Kiev.

Terms and Conditions apply. Please refer to www.hkticketing.com for applicable cards and details.