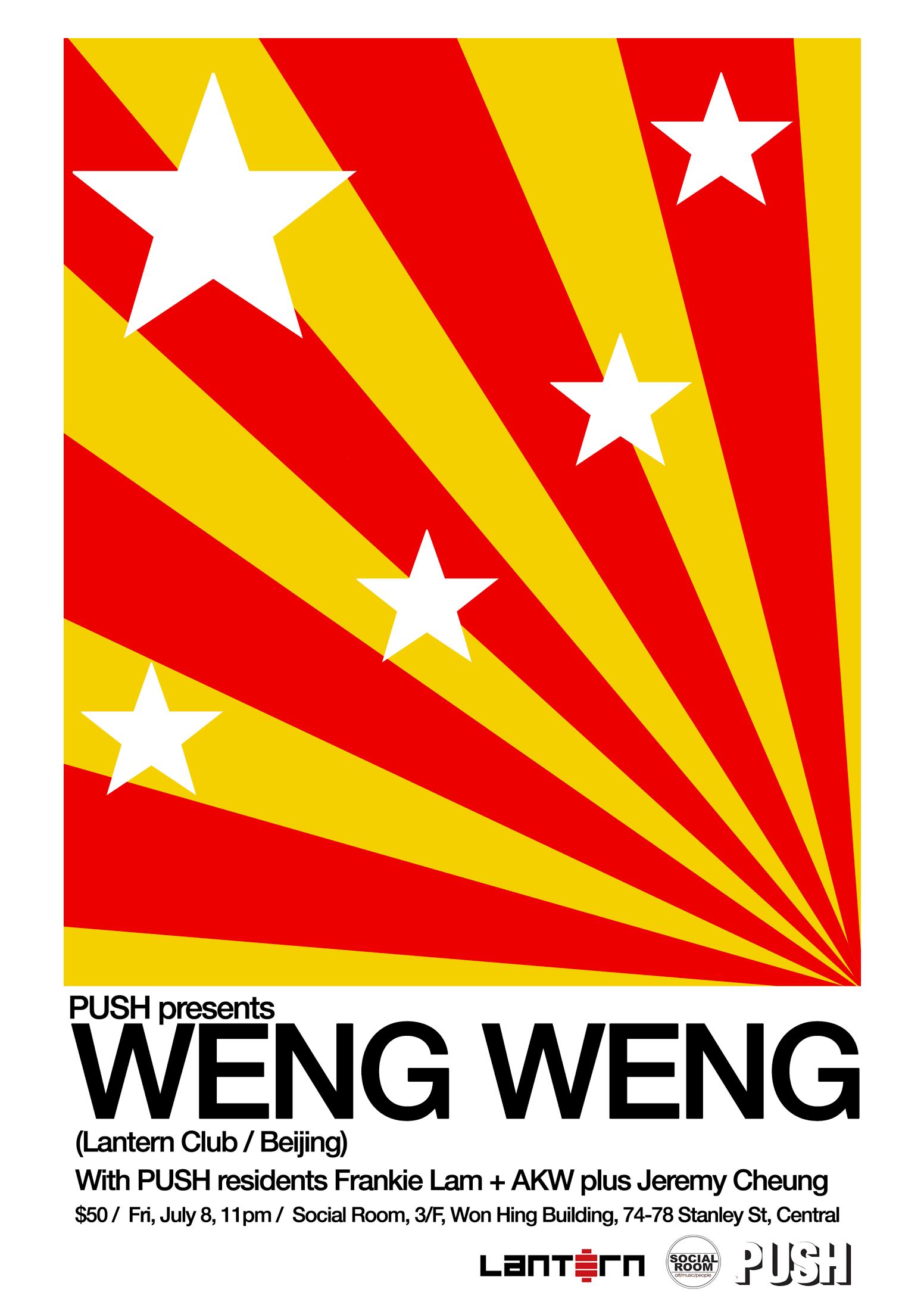 For almost two decades, WENG WENG has been one of the most influential figures in China's electronic music scene.

One of the founders of the INTRO Festival, the excellent Lantern Club and the now-defunct Acupuncture Records, Weng Weng has been part of the Beijing music scene since the 1990s before he started DJing in 1997.

INTRO - the first outdoor electronic music festival in China - was founded in 2009 by Acupuncture Records, and has evolved into a respected annual showcase of the best of China’s thriving electronic music scene. Over the years it has hosted huge names from overseas such as Octave One and M.A.N.D.Y., as well as famous homegrown names such as Elvis T, Yang Bing and, of course, Weng Weng.

During his more than two decades in the business, Weng Weng has performed alongside electronic icons such as Richie Hawtin, Chris Liebing, Carl Craig and Josh Wink, and appeared at overseas clubs includuing Tresor in Berlin and Arena in Zurich.

He continues to fly the flag for techno with his regular sets at Beijing's must-respected Lantern Club, and on July 8 PUSH will be will be bringing his signature vibe to Social Room in Hong Kong, where he will be appearing with PUSH residents Frankie Lam and AKW, plus special guest Jeremy Cheung.