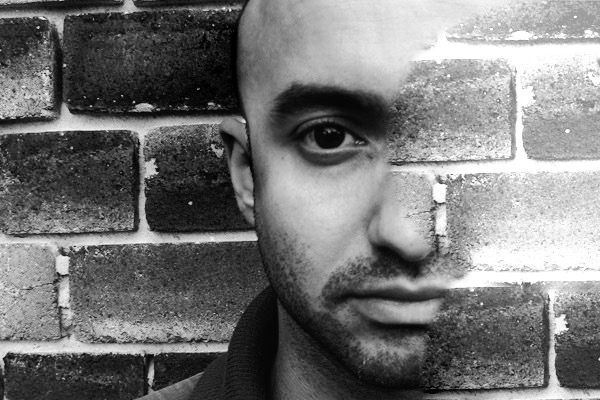 For three years Soul Healing has been delivering its own blend of bass heavy sounds in HK. Soul Healing's 3rd installment of Drum and Bass Smashers for 2016 promises another packed Basement with both soulful vibes as well as straight up heavy duty bizness after dark. With quality HK selectas, gospel singer Momoko, Shenzhen’s DnB star and Fokuz Recording’s emerging Liquid Funk producer Severity Zero from Australia.

Severity Zero (Fokuz Recordings, Influenza, Liquid Tones)
Brazil born Australian liquid DNB producer Leo "Severity Zero" began releasing tunes in 2010 and has been pumping our material across numerous recognized liquid labels ever since. Much of his latest work has been released on the iconic dutch label Fokuz Recordings. From the in-your-face neuro synths and frenetic drums of "Migraine" to the nostalgic, late summer vibes of "Subsonic Love Song", anything in between is fair game. The last few years have seen a boom in his producer career, having co-written and released the track Tapestry" on Fokuz with none other than Tali, the acclaimed New Zealand songstress and MC. More recently, he delivered another infectious Liquid roller ("Wanna Love") with Sydney singer Lauren Neko, also on the Dutch imprint.

Severity Zero is also a regular face on Sydney's DnB gig circuit. He's built an impressive CV over the years, having supported a raft of A-list DnB DJs such as London Elektricity, S.P.Y, Nu:Logic, Commix, Utah Jazz and Tokyo Prose. More recently he also played at the 2016 edition of the Hospitality tour in Sydney. As a DJ, Leo enjoys creating a euphoric atmosphere, but often switching up between DnB genres. You never know what could be coming next!

Lyndon Jarr (Soul Healing HK)
Jarr originally springs from the Sydney’s scene in the early 00s as a DJ and Promoter. Under the moniker CAUSE, he threw local DNB parties - Evolve, which along with his weekly DNB radio show on Bondi FM, Deep Beatz, helped foster the early soulful DNB movement in Sydney. Having played alongside numerous international artists including Nu:tone, Breakage, Kode 9 and Tech Itch to name a few, his DJ style spans the full spectrum of DNB from liquid to darkstep as well as the soulful and deeper side of UK influenced Dubstep. Jarr has re-emerged in HK, his home now of 5 years, adding variety of sound to any DJ line up with his own take on underground sounds as well as cutting his cloth as a DNB and Dubstep producer. His first release with respected UK underground label Deep Heads augers well  with a new EP on its way and many more releases planned for 2017.


Sert (Soul Healing HK)
Whilst this chap might only be the Founder of Soul Healing; only an internationally recognized and booked Psytrance DJ, and only be the Founder of an underground noise venue Strategic Sounds - he is also one of the most respected liquid drum and bass DJs in HK, supporting numerous internationals. Then again, his mind-boggling collection of the harder sounds can keep any grown basshead in a frenzy until the pigs arrive.

Rogue Motion
Originally from Hong Kong, RM got his 1st real taste of electronic music during the early 00’s when breaks were abundant in HK's scene. He has bounced around various different styles of electronic music drawing from Breaks, D’n’B to deep/tech house. After gaining huge influences from his time spent in the UK get ready to hear a diverse mix of different drum and bass styles.


BANG BANG
One half of dynamic duo Bang Bang, Alice McKay is a force to be reckoned with. Not only is she attracting an unending stream of bookings and dedicated followers on the dance floor but she continues her ascendancy into the South China music hall of fame with her new radio show, Sai Lo, under the world-renowned Billboard banner.