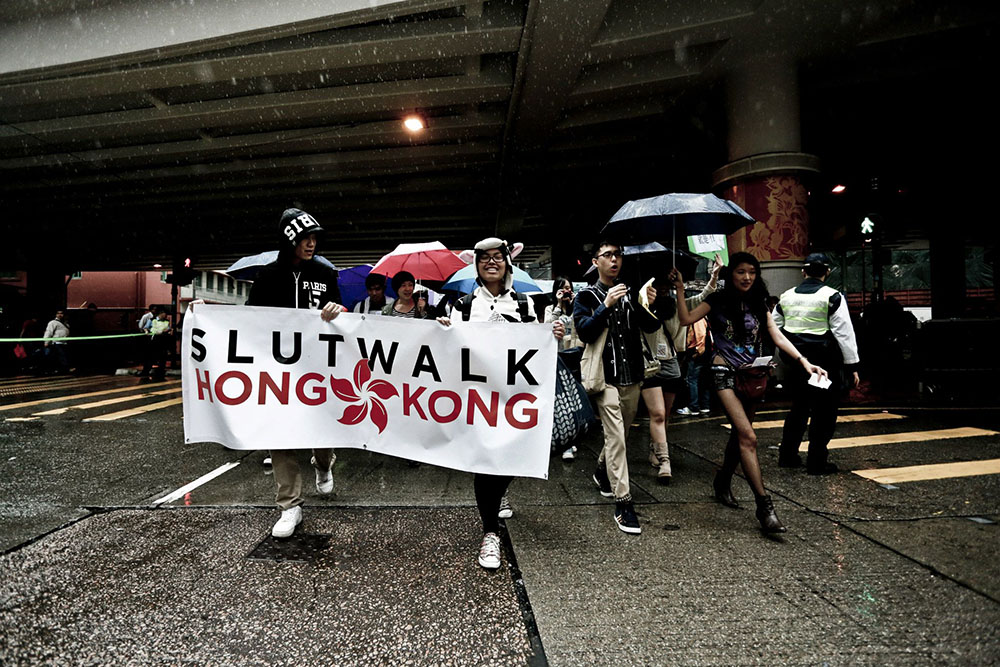 My body, my choice!

Blame the rapist, not the victim!

Don’t teach me how to dress – teach people not to rape!

SlutWalk Hong Kong will take place for the fifth time, as part of the international SlutWalk movement. The movement begun in Toronto, in 2011, when a police officer told students at York University to avoid dressing like “sluts” if they wanted to avoid being sexually assaulted. This movement, which is against sexual violence, victim blaming and rape culture, is still much needed, in Hong Kong and other locations. Earlier this year, HKFP noted that sexual harassment at universities in Hong Kong is not rare, just rarely reported. Recently, a sexual assault case against the former leader of Bridge of Rehabilitation Co was dismissed as the courts would not accept the testimony of a victim with the mental age of eight. This former care home leader has since come out with outlandish, victim-blaming statements, calling the mentally disabled victim “crazy”, “delusional” and saying she “seduced him”. This case has outraged people all over Hong Kong. On October 20 and 23, over 1,500 people protested against the systemic failure of the private residential care homes for the elderly and mentally disabled, in which sexual and other abuse is widespread. Also in recent news, the owner of a bar drugged and raped a customer, but the initial rape charge against him was dropped, and he was sentenced to just 240 hours of community service. The judge stated that the perpetrator had a good “business mind” and didn’t want to ruin his future prospects. These cases illustrate the need for us to raise awareness concerning sexual assault, victim blaming and rape culture. Please join us this year for SlutWalk Hong Kong 2016.

2. Independent investigation of “Bridge of Rehabilitation”, with representatives from patients’ families, patients themselves, parent organisations and social worker unions.

3. Increase public spending and end the privatisation and outsourcing of care homes – high quality care homes, safe from sexual and other abuse, should be a basic right.