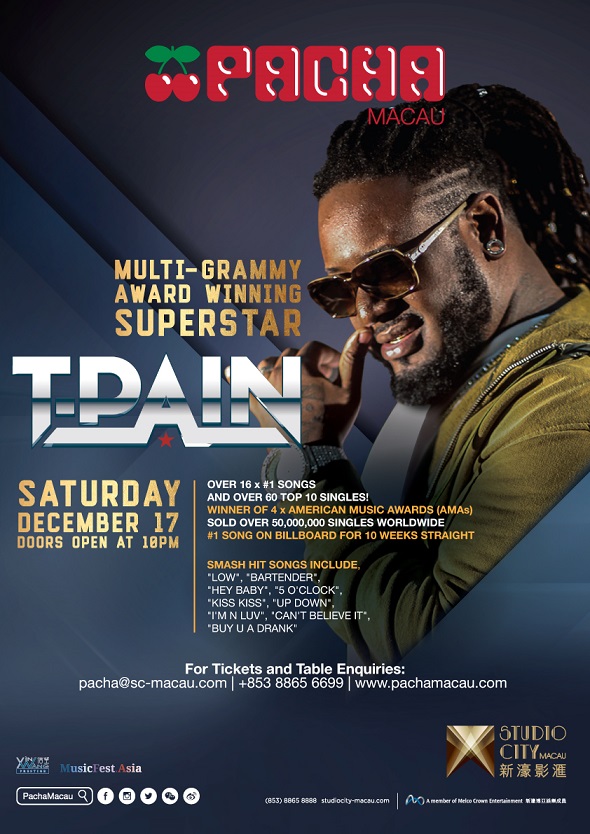 T-Pain has played at festivals, concerts and clubs throughout the corners of the world and will bring his versatile performance style to Macau in a 90-minute live event that will bring fans close to the artist in the intimate setting that is Pacha Macau.

Featuring styles which range from Hip Hop to R&B to Pop, T-Pain has produced over 16 No. 1 singles and has sold over 16 million albums worldwide, including 50 million digital tracks around the globe.

His collaborations with fellow artists include some of the industry's biggest names such as Kanye West, AKON, Chris Brown, Flo Rida, Lil Wayne, Snoop Dog and many more.

Indisputably, this will be one highly demanded performance held in Macau; get your Early Bird tickets now!

Join us on Saturday, December 17 at Pacha Macau

Advance Tickets: MOP350 (including 1 drink); From December 1 thru December 17 at 8PM