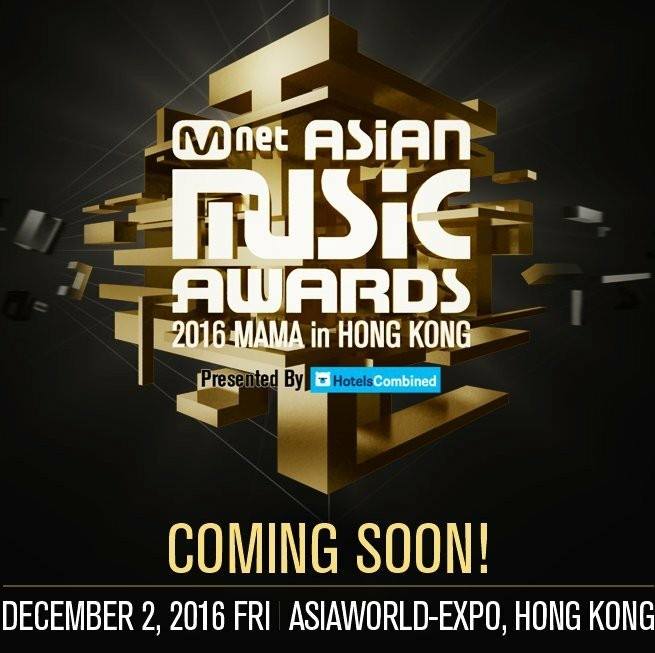 The Mnet Asian Music Awards (MAMA) began in 1999 under the name Mnet Music Video Daesang before becoming the Mnet KM Music Video Festival in 2004, Mnet KM Music Festival in 2006 and eventually the Mnet Asian Music Awards in 2009, marking a new beginning as an Asian music award show.
Held in Macau in 2010, Singapore in 2011 and Hong Kong from 2012~2015, MAMA has since established itself as ‘the greatest Asian music festival' uniting music fans all around the world.

The Mnet Asian Music Awards is not only simultaneously broadcast in 4 continents, including Asia, Europe, North America and Oceania, it is a global music festival that transcends nationality, race and age, bringing K-pop fans from around the world together and enabling 2.4 billion people to communicate through various online and mobile platforms.

At the 2016 Mnet Asian Music Awards,
in addition to the red carpet, awards ceremony and convention,bolstered through attendant-engagement content,
as well as the Professional Category Awards Ceremony, awarding the achievements of Asia's music experts,
a professional music conference, Creators' Forum, will be held for the first time this year.
More than an awards ceremony, it will be a music festival connecting artists and creators as well as everyone in the music industry from all around the world.

Every year, the Mnet Asian Music Awards introduces new and creative concepts, and this year, the evolution of MAMA will be showcased through the concept 'Connection.'

It will be a dream space where the world of music we imagined becomes reality,
an art space that connects technology and emotions,
and a music space for communication that connects online and offline.

The evolution of 2016 MAMA!
The world is waiting.