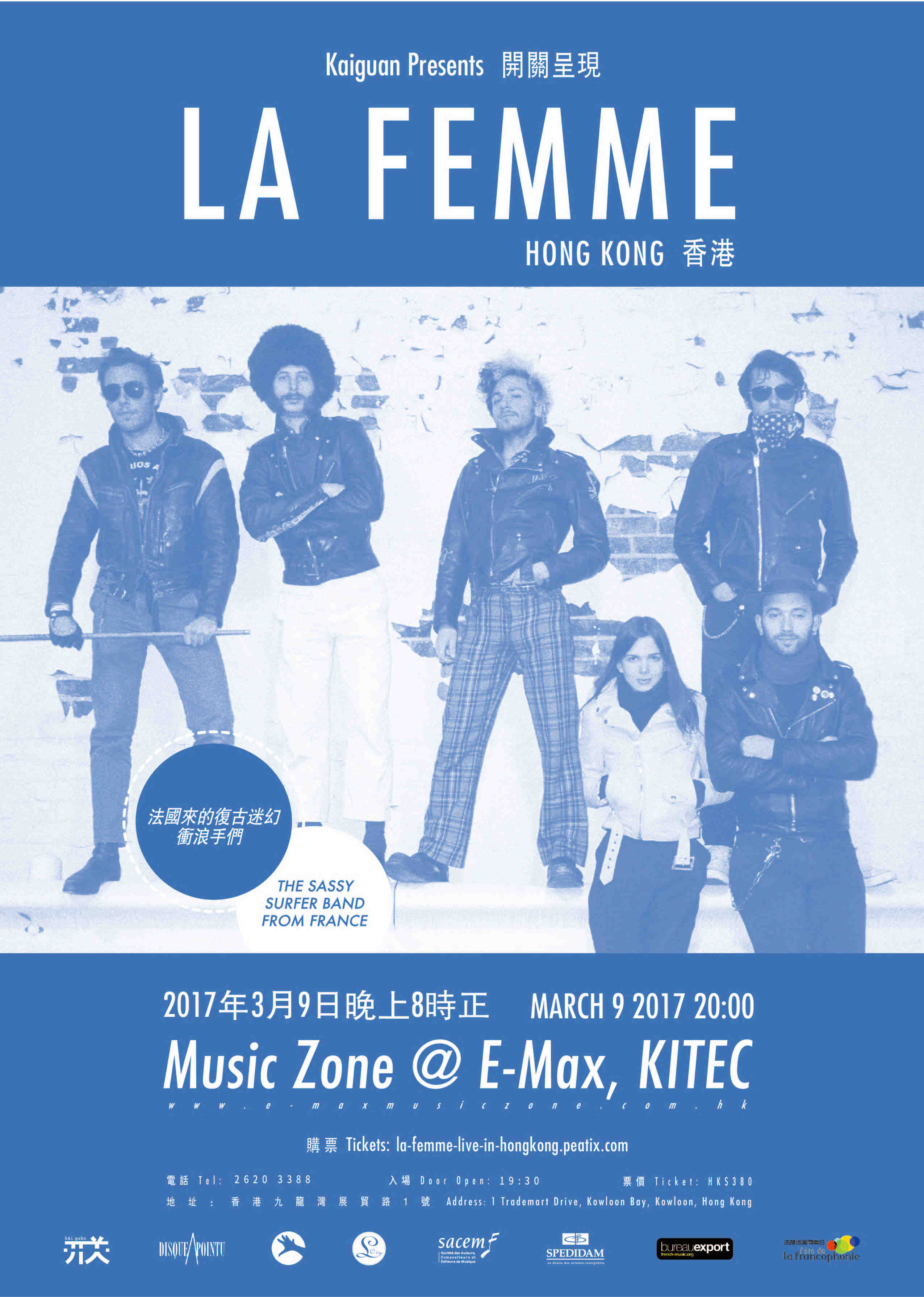 Get ready to be crazy for LA FEMME ! The Sassy Surfer Band from France!

Touted as the “future of French rock”, La Femme (The Woman) makes them second show in Hong-Kong on March 9th 2017, after the mystic concert at Clockenflap Festival and following the release of their long awaited second album "Mystère", available worlwide since September 2nd 2016.

Inspired by a love of retro sounds through Gene Vincent, The Velvet Underground and Kraftwerk, and using influences from Touareg Blues, Cumba or Ragga in their new opus, La Femme has emerged with a grim-meets-glam genre of its own; like a new-wave rave filtered through The Ventures’ back catalogue.

The band won the Victoires de la Musique (French music awards) in 2014 for Best New Album with "Psycho Tropical Berlin" (which is nominated this year for Best Rock Album), and have been generously praised from the likes of Jacques Audiard and Romain Gavras, to legends Jean Michel Jarre and Hedi Slimane.

To top it off, legendary rock band Red Hot Chili Peppers invited La Femme to open for them during their 2016 European tour, making the band one of the biggest new sensations to ever come from the French music scene.

Music Zone @ E-Max located on the Ground Floor of KITEC and is well served by public transport. A free shuttle bus service runs non-stop during business hours to nearby Kowloon Bay MTR Station.