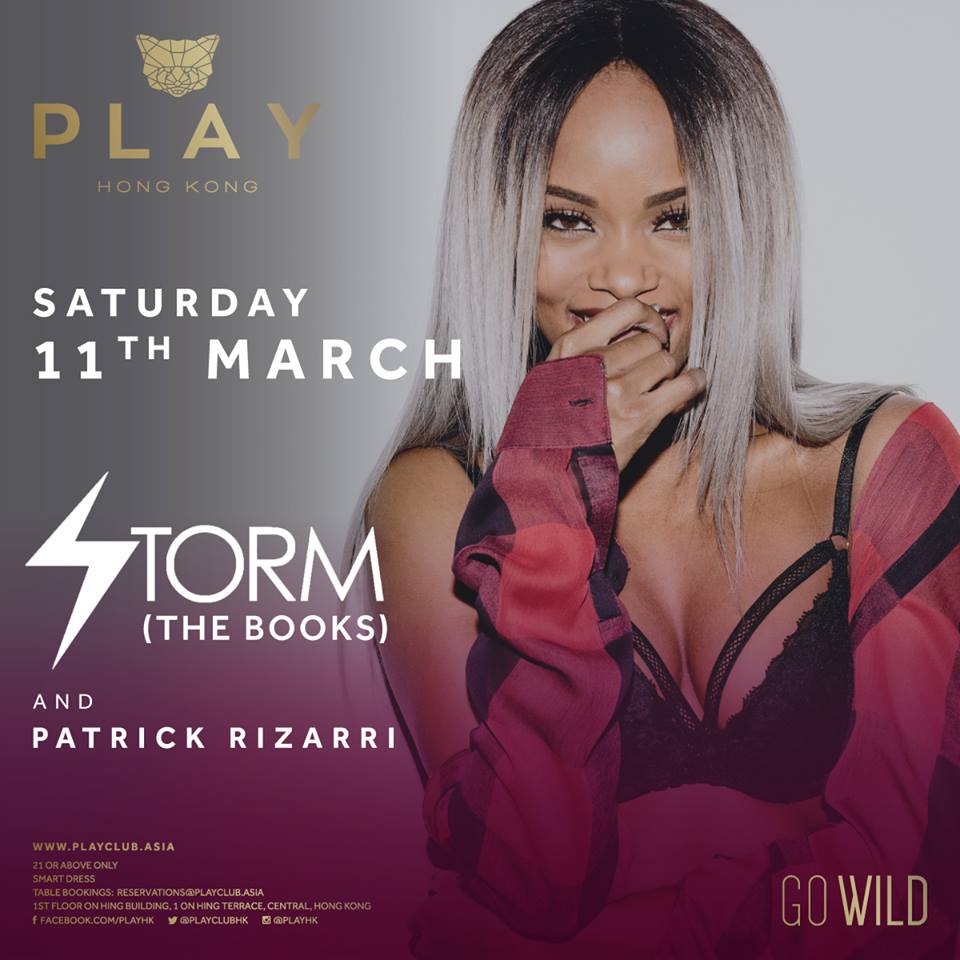 The STORM is back. STORM Conquers both beauty and bass in her passions as a DJ and Producer and has quickly become one of your favourite DJs at PLAY so we had to bring her back all the way from Los Angeles for another exclusive set along with resident DJ hero Patrick Rizarri.

Storm has opened up for: Kaskade at Staples Center and also performed at the top Los Angeles venues such as Supperclub, Lure, The Colony, Avalon and recently including DJing The Sunset Blvd Shutdown of the "Kendrick Lamar x Reebok Get Pumped" event.

Storm's global appeal has transcended industries with features in Vogue, Glamour, W Magazine and Cosmopolitan. Her music entranced fans worldwide in a setting dominated by bright lights and massive drops - an eclectic mix of cool, under the radar House with an RnB and 80s vibe thrown in, she is music's perfect Storm.

Artist Profile: Patrick Rizarri
As a multiple award winning DJ Patrick has travelled extensively, performing at the most exclusive venues and events around Asia. Having collaborated, toured and opened for members of HEDKANDI, R3HAB and The Black Eyed Peas he certainly has built up a name for himself over the years.

He has been a great advocate in his industry for DJing as an art form and impressively founded the REBEL community under the mantra “I am a rebel DJ, not a jukebox. No requests. No complaints.”, going on to become an international community of DJs and artists.