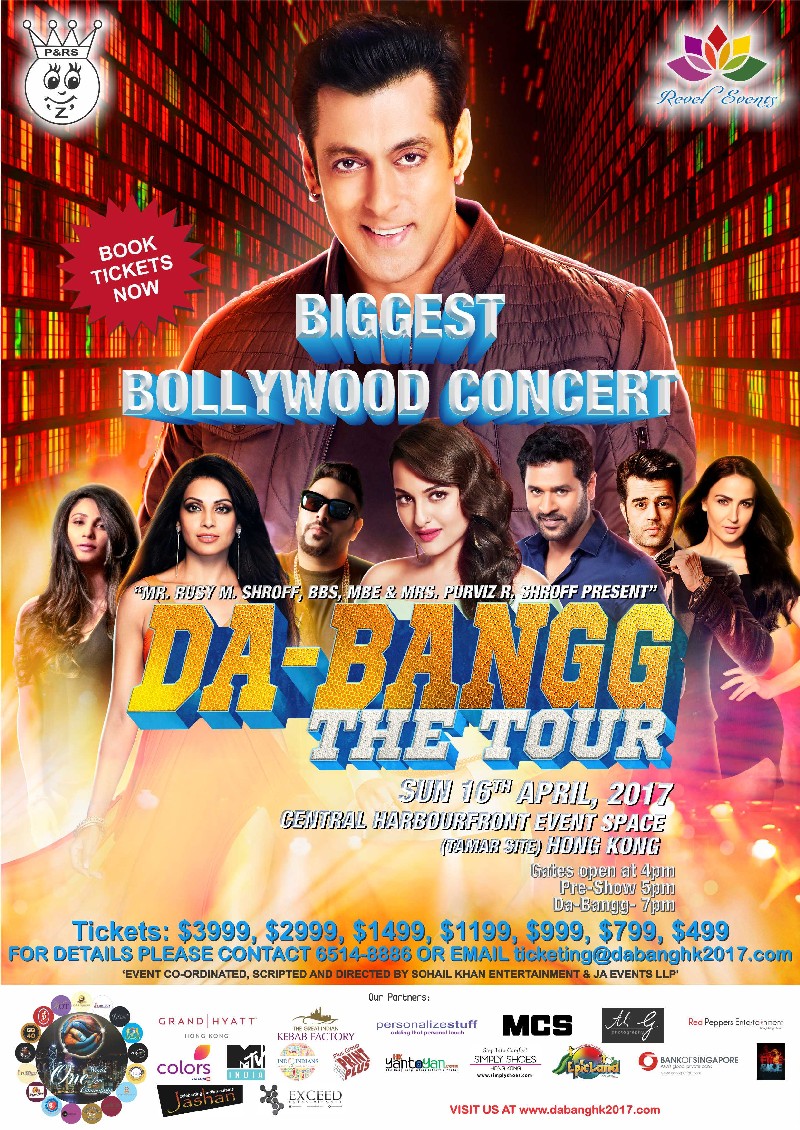 Hong Kong’s biggest Bollywood Concert, under the stars!
India is world famous for its cinema. The Indian film industry, popularly known around the world as Bollywood, has carved its niche throughout the globe because of its exciting stories, rich cultural roots, and foot tapping music. The movies are certainly about the story, the directing and the acting, the music and dance in a movie are just as significant. Bollywood, over the years, has not just entertained the Indian audiences, but also gained the love and respect of world-wide audiences.


India produces close to one thousand feature films every year. 43% of films are produced in Bollywood. The entertainment industry has created employment for over four million people. Over the last hundred years, the Indian film Industry has grown tremendously and has undergone significant technological changes. Now the Indian film industry is also corporatizing, globalizing and attaining immense international interest.


Fans across the world sing and dance to the tunes of the top movies- what better way to please them, than by collaborating with the biggest stars and touring the world to perform for their fans. “Da-Bangg the tour”, a grand live Bollywood concert is coming to Hong Kong on April 16th, 2017, with its biggest stars, and guarantees to entertain you like never before. The 2.5 hour show features brilliant dancers, musicians, opulent costumes and will leave you mesmerized...craving more. Get ready to witness this spectacular once in a life time show with the Sultan himself- Salman Khan (Actor/Producer), as he goes on his first-ever international tour.  According to Forbes India 2014, Salman topped the charts in terms of fame and revenues. Described as one of the most successful film stars in the world, with 21.4 Million followers on Twitter, the mega star is definitely loved by many and as the main star attraction, this show is not to be missed! Joining him are Sonakshi Sinha (Actress), Prabudeva (Choreographer, Director, Actor), Bipasha Basu (Actress), Badshah (Rapper), Manish Paul (Emcee/Anchor/Actor), Daisy Shah (Actress) and Elli Avram (Actress), as they bring the show to you live on a scintillating international platform.


Go to www.dabanghk2017.com for more details.