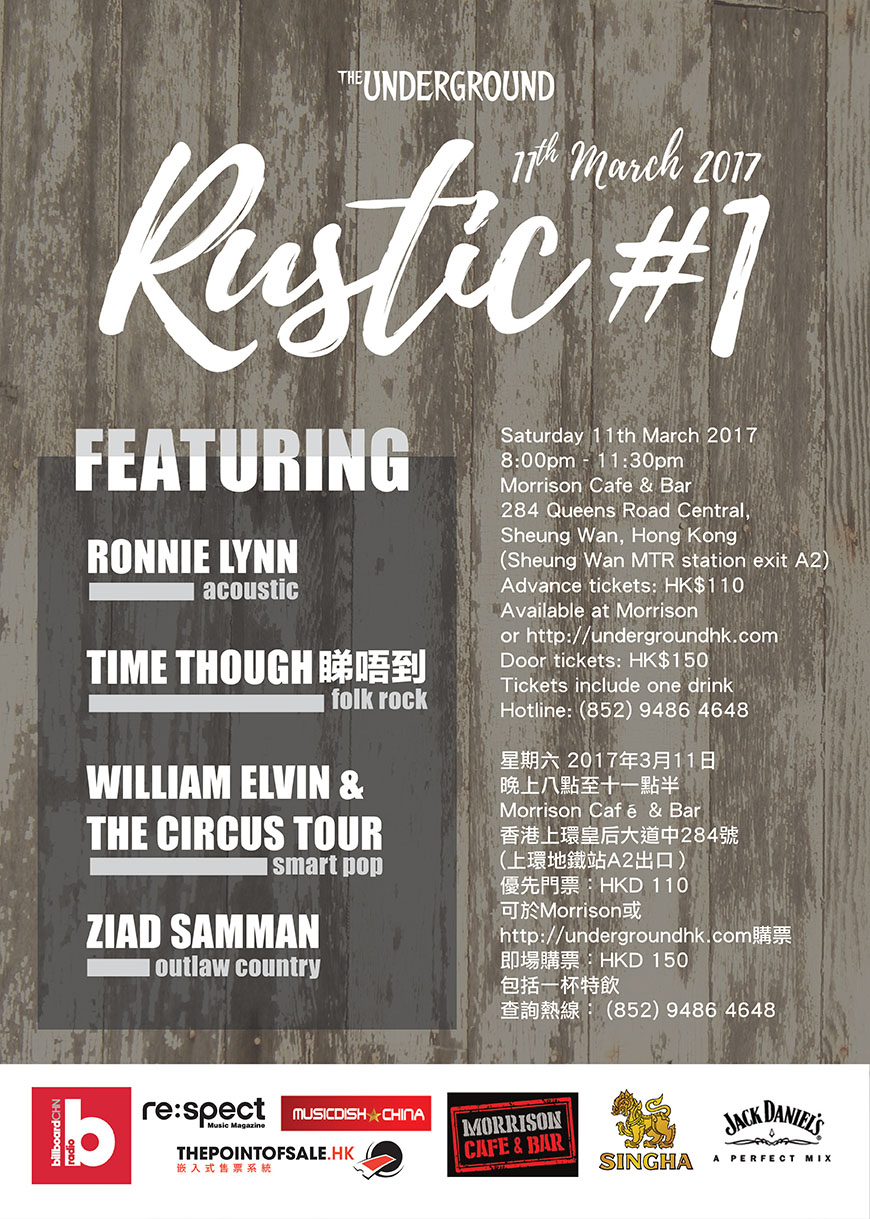 The Underground is about to move into a new home, and we need you to help raise the roof! On 11 March, we'll christen our fresh digs at the Morrison Cafe & Bar in Sheung Wan with Underground Rustic, a night of folk and country sounds.The scene is set with Ronnie Lynn, a singer-songwriter wise beyond her years. Catch this super-talented chanteuse before she releases her debut EP this year and gets super famous. Second on stage is Time Though 睇唔到, whose vocalist Jonathan quickly runs out of good jokes to tell as he tunes up his guitar on stage. Third up is country-blues quartet William Elvin & the Circus Tour. Their story-telling lyrics and pop melodies will lasso your ears and heart on first listen. Finally, gather close as Tango and Snatch troubadour Ziad Samman performs a solo set of original outlaw country songs, evoking wide open plains and fun fireside tales.Come on down, pull up a hay bale and stomp those boots with joy to celebrate The Underground's move to another fantastic live music venue in Hong Kong.Underground Rustic #1​​Saturday ​​11th March 2017​​8:00pm - 11:30pmMorrison Cafe & Bar, ​​284 Queens Road Central, Sheung Wan, Hong Kong (Sheung Wan MTR station exit A2)Advance tickets: HK$​​110​available at ​​Morrison or http://undergroundhk.com/Door tickets: HK$1​​50Tickets include one drinkHotline: (852) 9486 4648http://undergroundhk.com/2017/03/11/underground-rustic/