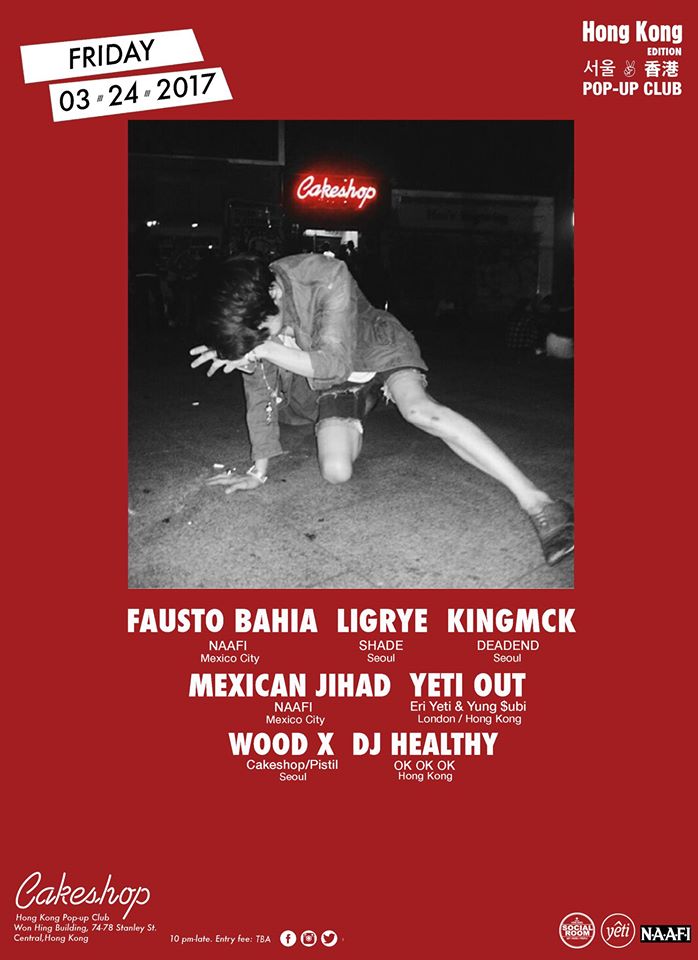 Back for the second year, YETI x Cakeshop Pop-Up Cub will happen during Art Basel Week Hong Kong 2017. Spread out over two nights, we will be bringing underground music from around Asia and far reaching regions of the globe to the multi cultural centre of Asia, Hong Kong. Curated by both crews, the Seoul underground haunt has been recreated as your local neighborhood dive. Look for the red glow.