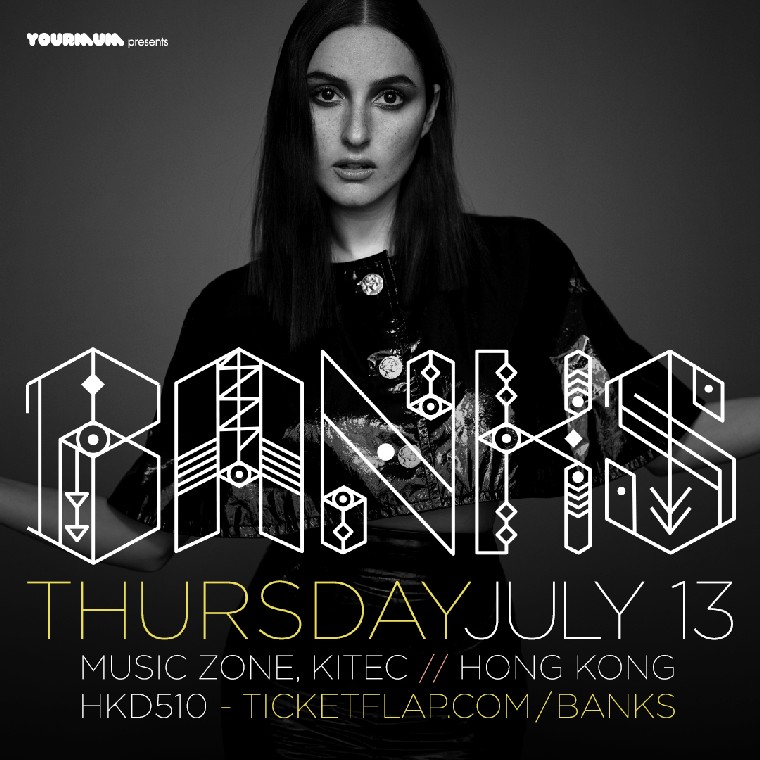 YourMum is thrilled to announce that Alt-R&B songstress Jillian Rose Banks AKA Banks, will make her local live debut with us at KITEC Music Zone on July 13th!

The LA native rose to swift global prominence off the back of two acclaimed EP releases: ‘Fall Over’ and ‘London’ in 2013.  Her debut album ‘Goddess’ dropped in 2014 and alongside a host of high profile media accolades including inclusion on the BBC’s “Sound of…” list for 2014, and setting the internet blogosphere generally alight, she quickly became one of the hottest musical properties around.

Her star has continued to rise, and Banks has furthered her credentials and fan base with the release of last year’s follow up LP ‘Altar’.  Working with the likes of Sohn, Tim Anderson (Solange, Dizzee Rascal), Al Shux (Jay-Z, Lana Del Rey & Alicia Keys) and DJ Dahi (Drake, Kendrick Lamar), the record is as vulnerable as it is powerful, raw and free as it is structured.

Handpicked to join The Weeknd and tour the world together twice, she also performed a standout prime time slot at the 2015 Laneway Festival in Singapore.  Now, she makes her debut live appearance in Hong Kong, so please do join us for an intimate evening with a singer at the top of her game, sharing her life and soul through song with the world.