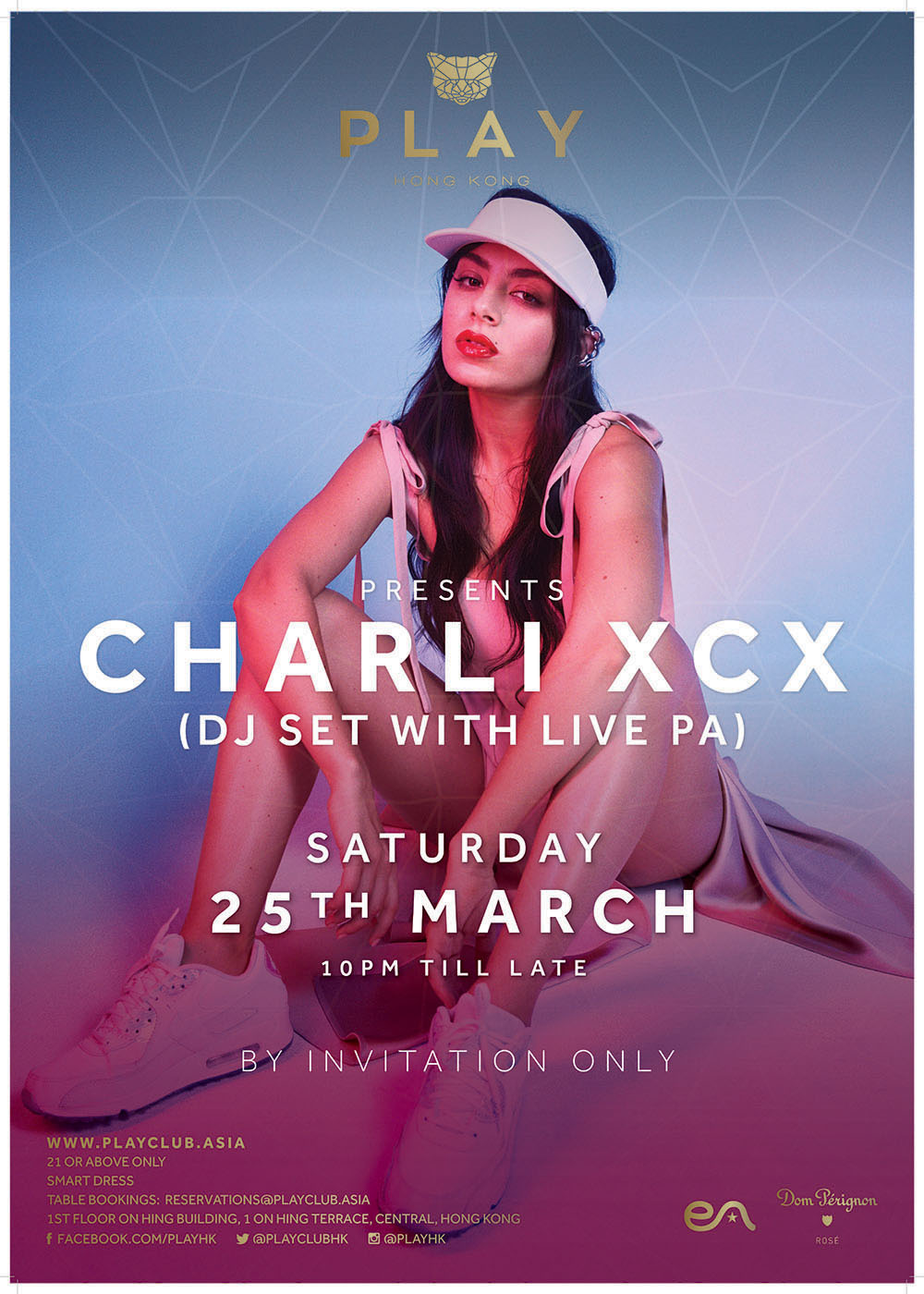 It has been 8 years since we first opened up in the beating heart of Central and bringing some of the best music and performances to Hong Kong has been our greatest honour. After 7 years of wild memories, we closed for a complete renovation last year and reopened to great fanfare and a show-stopping performance from the global phenomenon, Ciara. 2016 has been our best year so far, and all of our success culmilated into an absolute privilege when PLAY was voted Best Night Club in Hong Kong and Macao by hkclubbing.com –– all thanks to your loyal support.

This Saturday 25th March, we will be toasting to the good times and dancing to a very special performance from international sensation Charli XCX.

This Brit-Pop sensation has taken the world by storm in recent years after a slew of hits including "Boom Clap" and chart-topping collaborations with big name artists including Iggy Azalea ("Fancy") and Ty Dolla $ign ("Drop That Kitty w/ Tinashe").

Charli XCX has risen to critical acclaim having already won multiple awards from Billboard, BMI, NME and FUSE as well as multiple MTV and Grammy nominations. Her latest song to top the charts is "After The Afterparty” with many more to follow after the recent release of her latest album “Number 1 Angel “ featuring collaborations with MØ and Uffie.