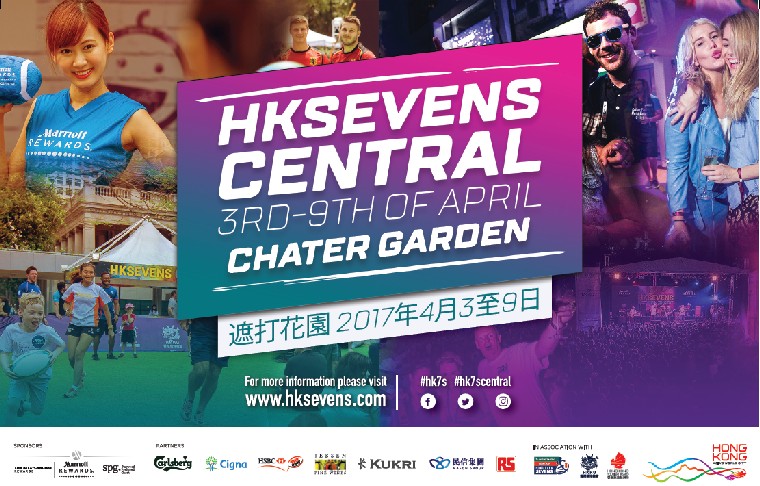 With opportunities to meet the stars of the sevens, test out your rugby skills and enjoy great food, HKSevens Central is a day out for the whole family.

You can also catch all of the rugby action, streamed live on giant screens over the tournament weekend at the 'Sevens in the City' viewing party.

SEVENS IN THE CITY VIEWING PARTY!

Continuous real-time coverage from the Stadium on giant screens accompanied by live rugby commentary during the tournament weekend. Also pick up Sevens merchandise at our official booths.

Clinics and demonstrations for members of the HKRU's thriving youth and mini rugby community as well as those new to the game on our purpose built rugby pitch. Come and give it a go!

Rub shoulders and get autographs with past and present stars of the game including Waisale Serevi, Ben Gollings, Jean de Villiers, Justin Harrison, Gareth Thomas and Huriana Manuel!

Visit one of four pop-up restaurants by Marriott International Hotels, Chino, Good BBQ and Mercato to keep the energy levels high with a dash of style.