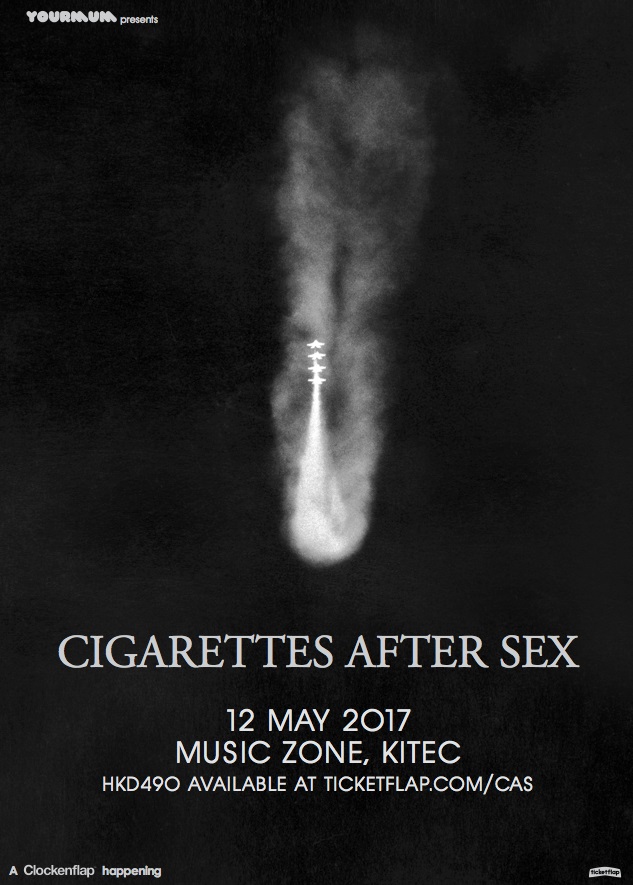 YourMum is delighted to announce that ambient pop collective Cigarettes After Sex (CAS) will make their HK debut with us on May 12th at KITEC MusicZone.

The group, led by songwriter Greg Gonzalez formed in El Paso Texas and now based out of Brooklyn, have release four singles: ‘Affection’, ‘Keep On Loving You’, ‘K.’ and 2017’s ‘Apocalypse’, along with EP ‘I’.  Their trademark sound a hazy, androgynous pop noir which sweetly rocks the listener into a dreamy submission. Intimate and arresting songs that are deeply personal, wistful and ever romantic, it’s nigh on impossible for CAS’s aching and sumptuous odes of love to not infiltrate your soul.

It’s this unique brand of music which has cultivated true organic growth direct from fans, racking up millions of plays across YouTube and Spotify, and in the process building a global following that has enabled the band to tour the world.  Next stop, Hong Kong, and with their highly-anticipated debut LP to be released this year, this is your chance to say you were there at the start. Trust us, it’s going to be incredible.