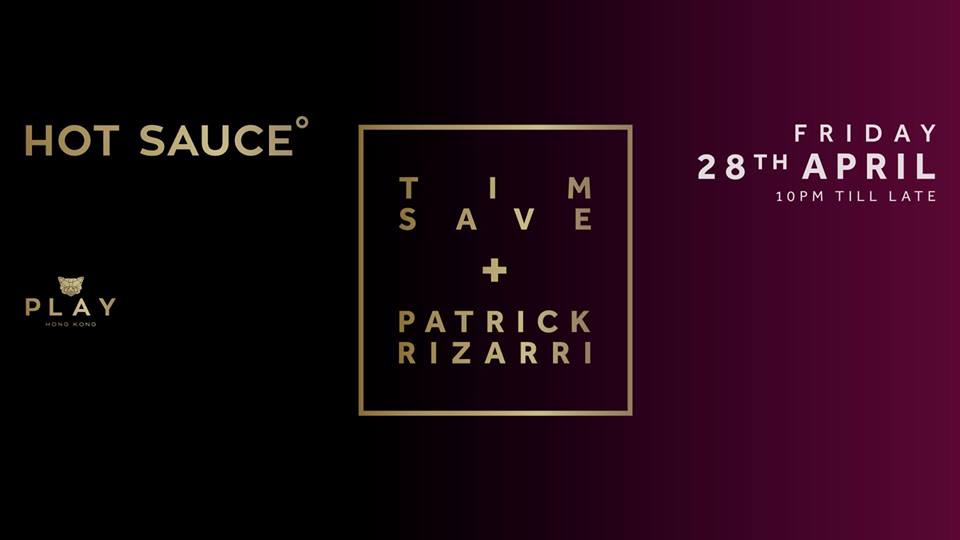 PLAY’s Hot Sauce° is the perfect accompaniment to your Friday Night.

It’s Friday night and it’s time to heat things up a little and add some spice to your weekend with the best music that Hong Kong has to offer.

Featuring two of Hong Kong’s top DJs every Friday night, we will help you to dance the night away and release the worries from the week.

Artist Profile: Tim Save
Tim Save left his native France to move to New York City, quickly embedding himself into the New York music scene. During his time in the states, Tim attended one of the most prestigious music production schools in the world and quickly started producing his own music alongside some well known NYC music names such and Commodore and Milner.

His energetic and trendy style allowed him to perform at some of New York’s best venues and others around the states. After developing a strong New York music style, Tim decided to export this in-demand talent around the world and has now performed across Europe, US @ Asia. traveling back and forth between the big apple and overseas.

As a multiple award winning DJ, Patrick has traveled extensively, performing at the most exclusive venues and events around Asia. Having collaborated, toured and opened for members of HEDKANDI, R3HAB and The Black Eyed Peas he has certainly built up a name for himself over the years.

Patrick has been a great advocate in his industry for deejaying as an art form, also impressively founding the REBEL community under the mantra “I am a rebel DJ, not a jukebox. No requests. No complaints.”, going on to become an international community of DJs and artists.

Patrick has quickly become one of our most popular performers with his mix of Top Chart Hits, Mash Ups and Progressive House, as much a crowd pleaser as a music lover he puts on a great show.