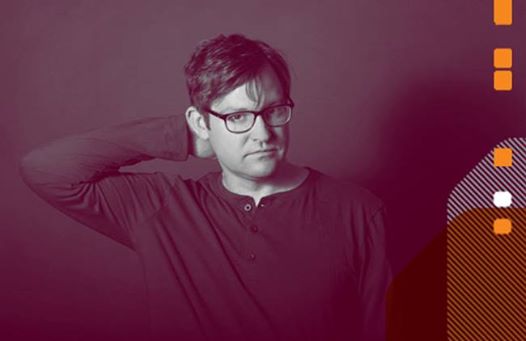 To the DJs, bands, artists, staff, promoters, photographers, dancers, regulars, friends and family, thank you so much for the support over the last 2 years!!! We would be nothing without you. ❤️

We are celebrating our second anniversary on Friday May 5, with very special guest Bryan Kasenic (The Bunker New York), who is also performing at Taiwan's Organik Festival later this month as part of his Asia tour with Say Yes. It's going to be a special night indeed!!

Bryan Kasenic Bio
For the past 13 years, The Bunker New York has led the way for American techno by bringing together hundreds of artists from all over the world. More than a mere techno party, The Bunker unites diverse sounds from across the electronic music spectrum, connecting the dots between house, techno, experimental sounds, and much more. The Bunker New York began as a party, grew up into a record label, and has become a collaborative community, fostered by founder and curator Bryan Kasenic since its launch in 2003.
Since 1993 respectively, Kasenic launched his own radio show, a weekly party and event-listing newsletter, established 'Beyond Booking' agency (Bunker NY's predecessor), and of course become a much-sought after DJ of New York City. He also currently hosts a weekly show on RBMA Radio. With decades of promoting and DJing electronic and experimental music in New York, he also has 13 years of releasing music under his current Bunker New York Label with an impressive roster that includes Donato Dozzy, Voices From the Lake, Atom TM, Reagenz and Marco Shuttle, Patrick Russell, Derek Plaslaikoand much more.