D-wayne 6th May at CC by Fovea 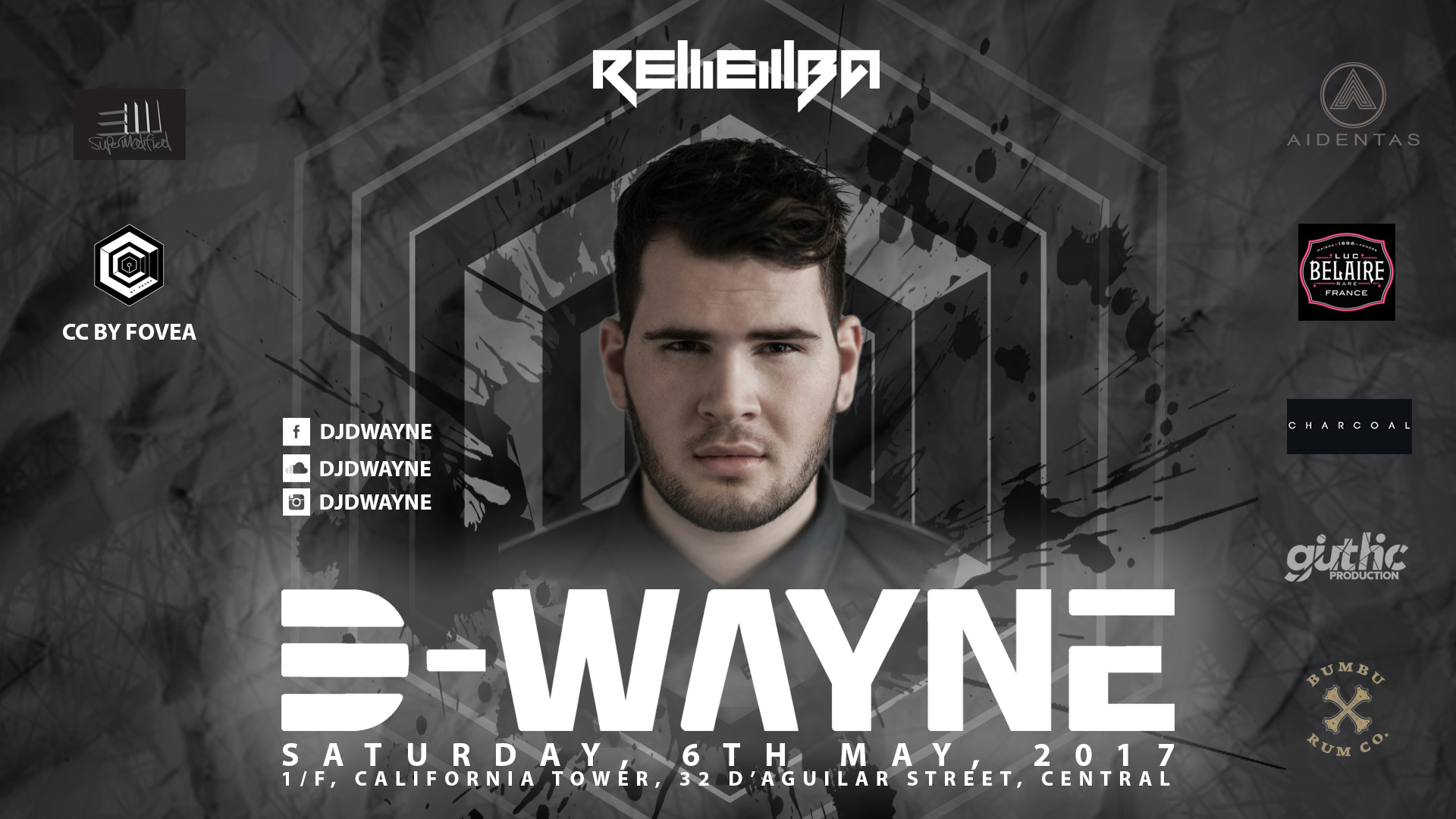 呢位嚟自荷蘭既House DJ 來頭唔洗喎!佢除左喺2015年同Afrojack 完成佢既World Tour 之外,眾喺Ultra Miami, EDC NY等等既音樂節出過Show! 眾未完喎...你地知唔知佢曾經喺2015年做左拉斯維加斯Drai夜店既註場DJ! Dwayne 嘅電音生涯有著迅速嘅發展. 佢先後有Tiesto, Enrique Iglesias 以及 Jennifer Lopez 嘅remix. 佢亦都經常喺大型電音節同夜店有非凡嘅演出。Dwayne 現時嘅record 喺Nervous, Spinnin' Records 以及喺 [蛋糕哥] Steve Aoki 旗下嘅Dim Mak 都有發佈過Dwayne’s career has taken o at lightning speed and there’s no stopping him.He remixes Tiësto, Enrique Iglesias and Jennifer Lopez. He is a star at festivals and in clubs. His records are released on Nervous, the oldest house label in the world, and on Steve Aoki’s Dim Mak, Spinnin’ Records and currently on Wall Recordings, Afrojack’s record label.• 2015 is D-wayne’s year! It will see lots of his own productions, remixes of his musical heroes and up and coming stars, projects with various artists, and a slew of gigs at festivals and clubs both at home and abroad.
And, of course, a world tour with Afrojack.
• Dwayne Megens was born in the Dutch city of Eindhoven in 1994. He was named a er Wayne Rainey, the famous American Grand Prix motorcycle road racer. D-wayne’s parents weren’t real motorsport fans – they just loved the sound of his name. at’s what D-wayne loves as well – things that sound beautiful. Together with his father he would listen to the radio, from the classic rock of Led Zeppelin and Deep Purple to the electronic wizardry of Kra - werk. D-wayne absorbed it all and taught himself more, spurning formal music training.
• D-wayne sent Afrojack one of his rst tracks. “He responded a er a while, saying he didn’t only like it very much but wanted to release it as well!” e list of D–wayne productions has now grown considerably;
Punk’d and Eponym on Aoki’s Dim Mak label, Kampala and Neon on Nervous, Ammo, Gravity and Crackle on Wall Recordings. Additionally, there are remixes for R3hab, Natali Yura, Enrique Iglesias, Jennifer Lopez and Afrojack. Now DJ’s such as Armin van Buuren, Tiësto, Nicky Romero, David Guetta and Gabriel & Dresden play his records. D-wayne also produced a remix of a Gabriel & Dresden track. Together the three of them produced the track Shatter. With this things came full circle – for it was Gabriel & Dresden behind the Motorcycle pseudonym. ey produced As the Rush Comes, the record that inspired D-Wayne to start making his own music.
• D-wayne cares deeply about his music. “Just like a lm director chooses images, each with their own meaning, I carefully select all the elements of my music. I want to tell a story. Africa, one of my most recent tracks, is inspired by the people of Africa. Even when misery seems insurmountable, they draw strength from their music.


此活動只准18歲或以上人士參與。參加者請帶同有效身分證核實入場。
This event is limited to 18 or above, and please bring valid Identification.

短褲,拖鞋及涼鞋均不準進場
No shorts or flip flops are allowed to enter the event.