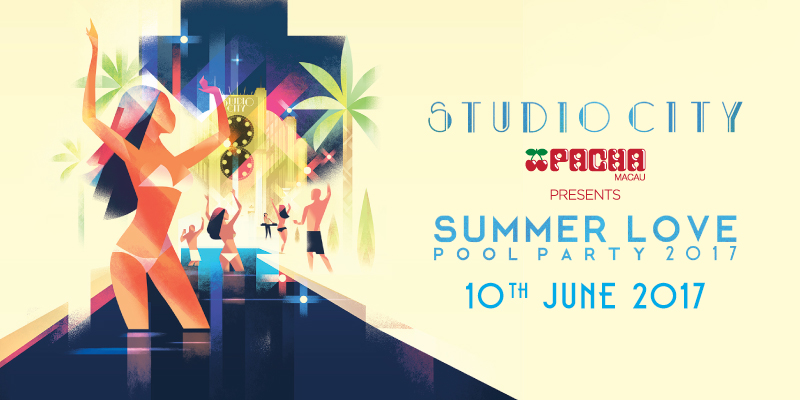 Party poolside at Asia's Entertainment Capital that is Studio City and then cool off at the Official After Party at Pacha Macau. Are you ready to write your summer stories??

Kicking off the Summer Loving on June 10 is multi-talented EDX, followed by DJs From Mars on July 15 and a summer close-out party by Grammy Award Winner Roger Sanchez headlining on August 19th.

- Early Bird Offer ends 5pm, the day before the party

- Standard Tickets are on sale from 5:01pm the day before the party until 2:30pm on the day of the party.

* 18 years and above to attend this event. Don't drink and drive.