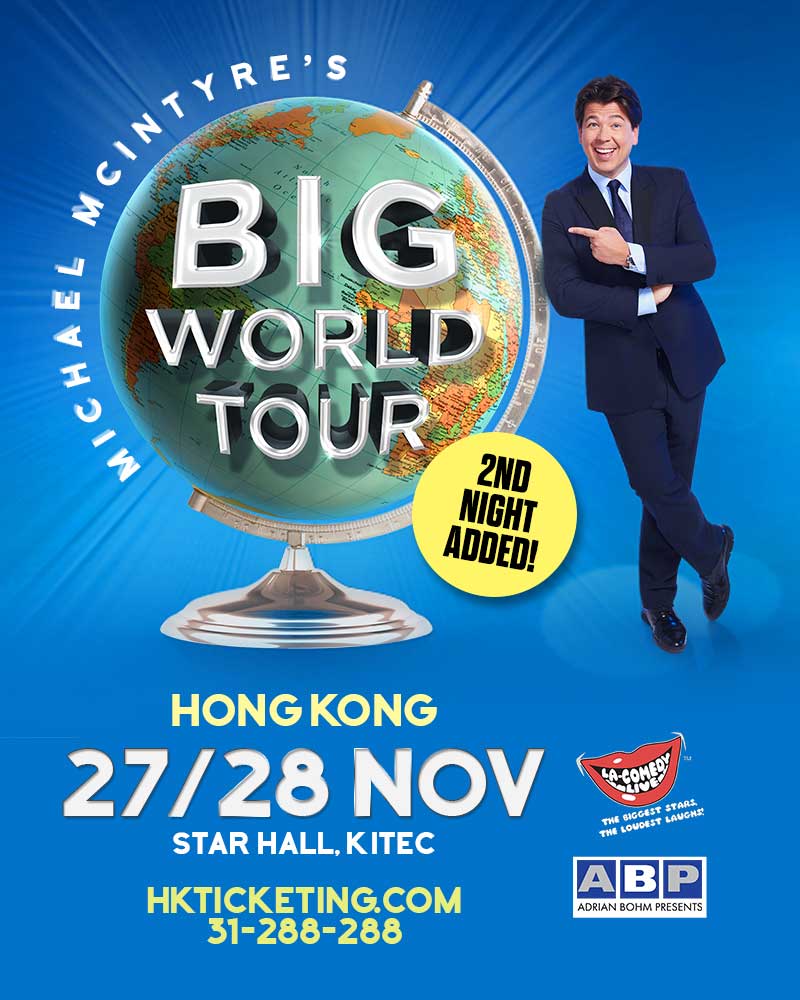 A household name, globally renowned, MICHAEL MCINTYRE is one of the best comedians in the business. Regularly touring the world, appearing on comedy panels, presenting  shows and hosting events at The Apollo, Michael is the UK’s most sought after comedians. He has also won countless awards was a BAFTA nominated host, Leaving audiences in stitches, the stand-up never disappoints.

Tickets are on sale now: http://hkticketing.com/events/KBMICHA1117