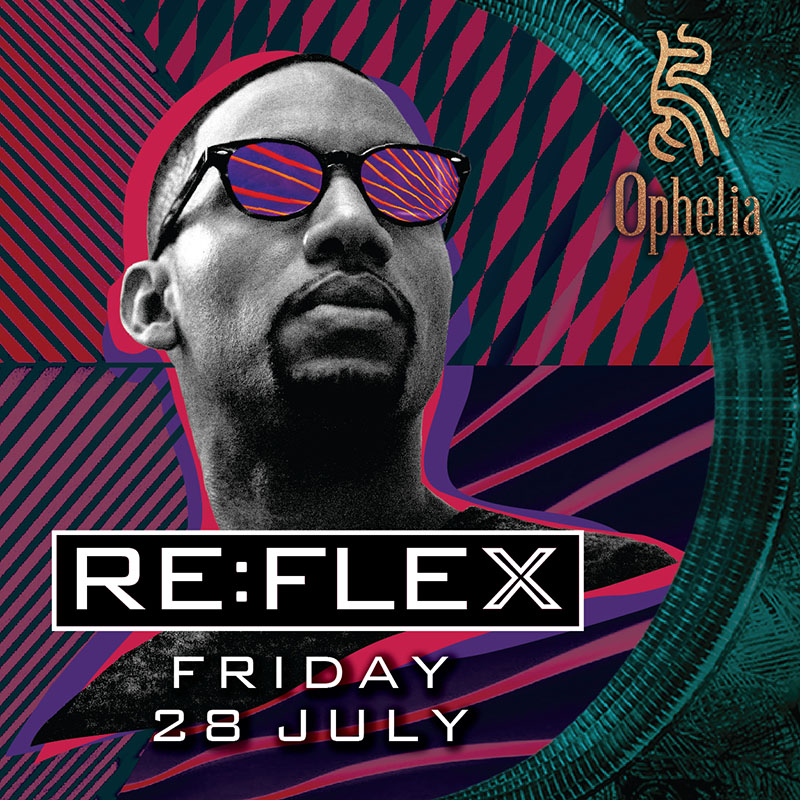 Due to popular demand, DJ Re:Flex is returning to Ophelia on Friday 28th, July!

Catch him at the turntable while dancing till you drop at the dance floor.

Hailing from DC via New York City, Re:Flex started with break-dancing and was quickly introduced to DJing at the age of 17. With this first introduction to the Hip Hop culture, and experimentation with all kinds of sounds, he has molded his cross genre style into a provocative musical experience.

Having relocated to Hong Kong in 2007, Re:Flex has rocked parties all over Asia, and in 2009 completed a cross Asia tour with Hennessy Artistry. Playing alongside acts like the Chali 2na, Ting Tings, Nickodemus, the Cuban Brothers, Judge Jules, and Meat Katie, Re:Flex has learned to adjust his style to the ever-changing crowd, while still remaining true to his roots and has never shied away from his funky, soulful, bass banging past. Listeners have dubbed his sets as unpredictable, esoteric, and fresh.

Always a student of his craft, Re:Flex is constantly reinventing himself on the decks and is truly a force to be reckoned.

Find out more about our upcoming events and performance by following our Instagram and Facebook page @opheliahongkong.