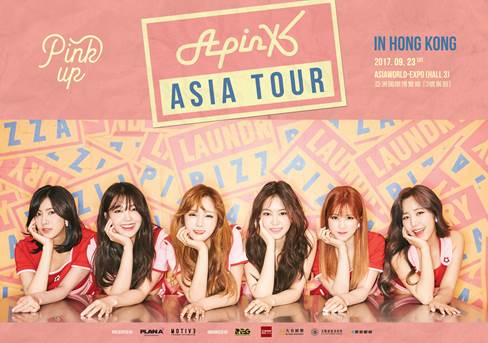 “We will always be together, we will miss you!” said Apink, the Korean girl-group under Plan A Entertainment, guaranteed PANDA (official fanclub name) that they would see one another in the near future. Rolemodel Entertainment Group (REG) has just announced to bring Apink’s  on 23 September 2017 in AsiaWorld-Expo Hall 3. They have held their first Hong Kong fan meeting in February this year while they kept their promise to come back for their Hong Kong PANDA wholly after half a year. Being the first time for Apink to have an Asia Tour [Pink UP] in Hong Kong, they would bring their best and great performances, as well as their new album for their Hong Kong PANDA. Tickets go on public sale starting from Thursday, 3 August 2017 onwards via Cityline and Tom Lee Music Stores.