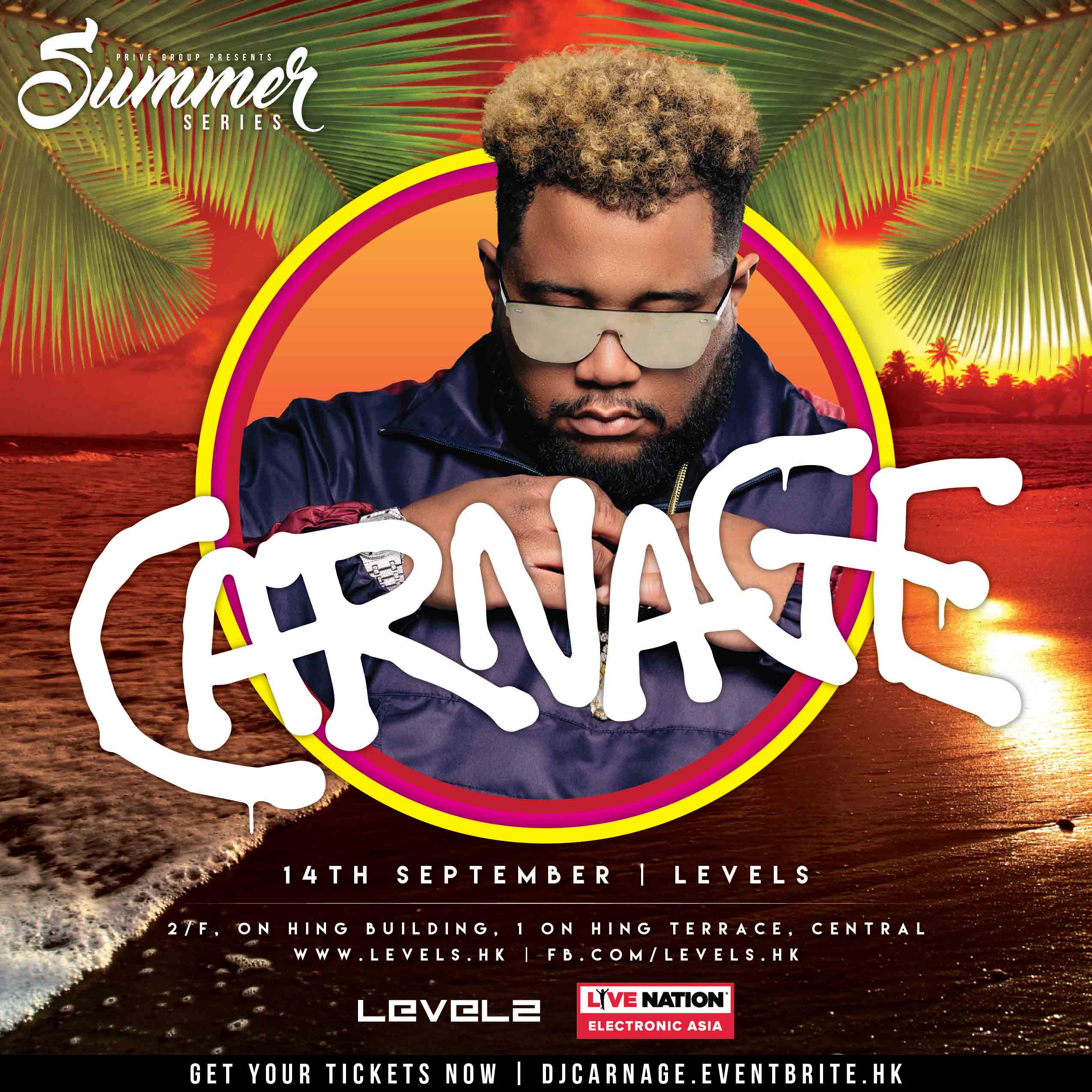 Often called the iciest DJ in the world, Carnage is best known for his electronica/dubstep style. Having first plied his craft in his bedroom, Carnage had his first big break in 2012, when his trap remix of club classic, “Spaceman” by Hardwell, became one of the most played tracks at festivals that summer. He then went on to prove he wasn’t going to be a one hit wonder when one of his beats was used on the collaborative party anthem “Big Spender”, which was recorded by rappers and fashionistas, A$AP Rocky and Theophilous London. He then decided to produce for more underground rappers G-Eazy, and Fool’s Gold artist Katie Got Bandz. Nowadays, the hip-hop- inflected sound of trap is no longer a world apart from that of big-room club noise. Trap/EDM has become a staple of mainstream clubs and music festivals around the world with Carnage being at the heart of it.

Carnage’s shows are exactly like what they sound: absolute Carnage. He DJ’s some of the biggest festivals in America and his sets are always massive. As reflected by his inclusion on the prestigious DJ Mag Top 100 List for three years in a row as of 2016, his sets attract thousands who all scream his name and hysterically waving their arms in the air. In his own words, “I'm a big black guy who loves to rage” and "I'm not what you expect. I feed off the crowd and go for it." That's why Carnage's impact will be felt for a long time to come.