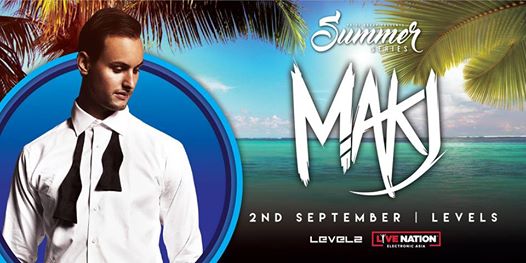 Discovering a passion for mixing and DJing while studying to become a professional race-car driver in China at the age of fifteen, MakJ has earned his title as an acclaimed producer, continuously exposing creativity and diversity throughout his music. At the age of seventeen, he has already had two years’ worth of DJ training and was able to hone and perfect his craft under the tutelage of legendary turntablist DJ AM. Having first started performing at local DJ events and club nights, he has since exploded onto the scene as a live act, performing at major festivals such as Coachella, EDC, Tomorrowland and Ultra. His originals, including his collaboration with Lil Jon, have landed him multiple iTunes Dance Top 10s and a spot for two years in a row on DJ Mag’s Top 100 list. At just 26 years of age, MakJ has already achieved an unfathomable amount of success but is still striving for more. After releasing a collaborative track with famed party rocker and Internet personality Andrew W.K., MakJ has been hard at work on his debut album, which is set to be released soon.