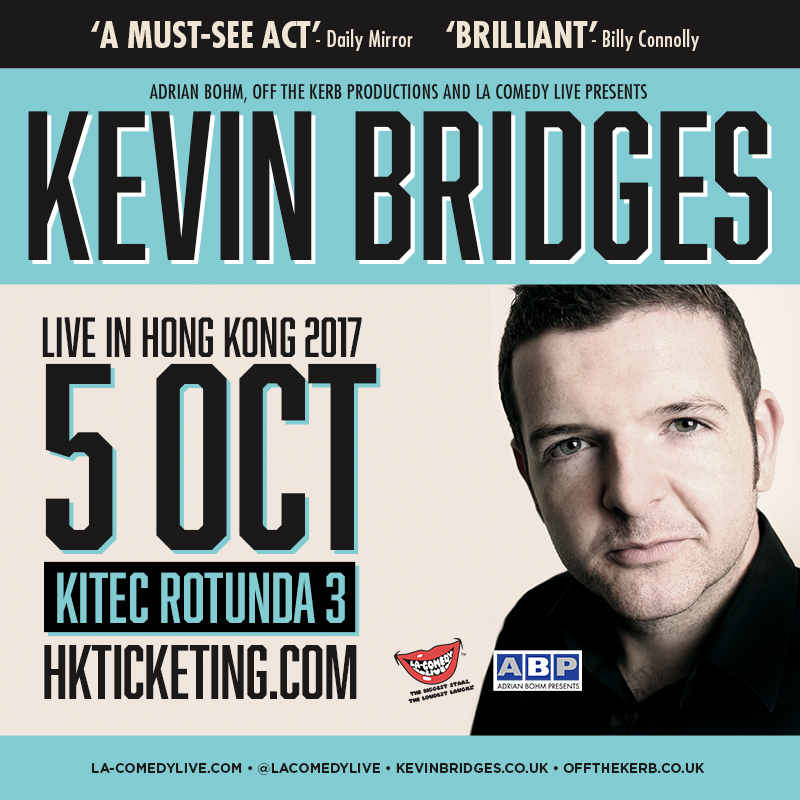 Adrian Bohm Presents, Off The Kerb Productions and LA Comedy Live are proud to announce that Scotland’s Biggest comedy act, KEVIN BRIDGES, will be bringing his globally successful tour to Hong Kong on 5 October, 2017 at Rotunda 3, KITEC.

Kevin Bridges is Scotland’s biggest comedy export. Dubbed ‘brilliant’ by Billy Connolly, Kevin made his debut at The Edinburgh Playhouse on Michael McIntyre’s Comedy Roadshow in 2009. Overnight success followed with Kevin selling out his run at the Edinburgh Festival in just one day!

As well as having a strong hometown following, Kevin has taken his style of observational, cutting edge comedy all over the globe. He has performed throughout Ireland, Holland, Belgium, Switzerland, Germany, Spain, USA and Canada along with tours of the Far East and Middle East.