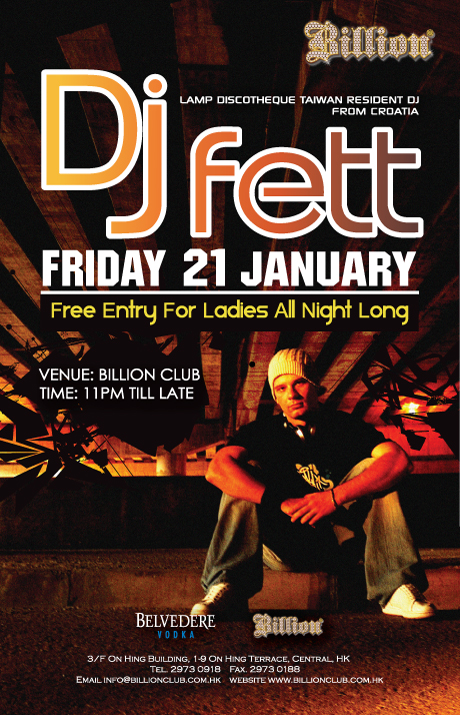 Dj Fett at Billion Club
Billion Club proudly presents one of the best club party DJ, DJ Fett's live! Originating from Croatia, Europe, DJ FETT holds a residency in LAMP Discotheque in Kaohsiung and Red Wolf in Tainan. Started off as an official Tuborg Green DJ in 2005, FETT not only proved himself as a great club party DJ by playing in most of major clubs in Croatia, but as well as a skillful Battle DJ for big International Dance Competitions in Croatia and Taiwan. In his set you can find a mix of genre and styles, ranging from Ben E. King and James Brown to Robert Miles, David Guetta and Common. Only sky is the limit! Be ready for some fresh party beats that are gonna rock your mind and make the dance floor go wild at Billion Club on 21 January.