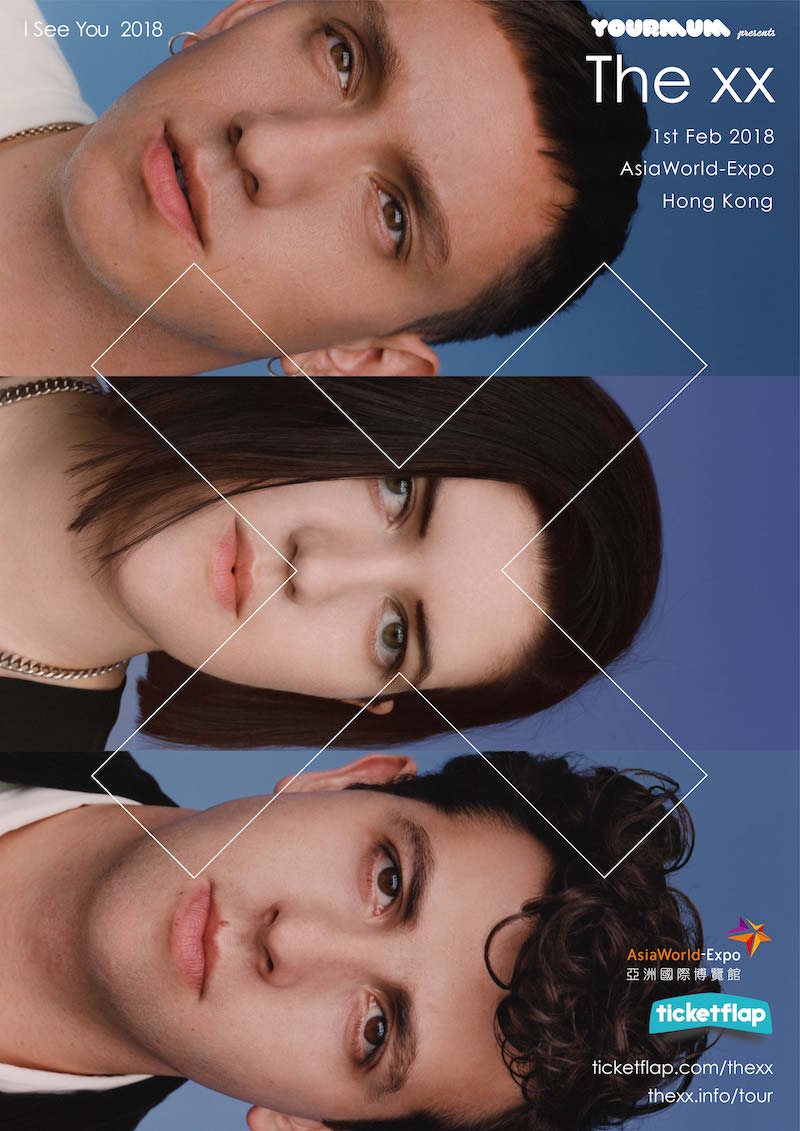 Following their sold out, smash hit show in 2013, YourMum is overjoyed to present The xx’s return, live in Hong Kong, for their biggest ever show here on February 1st at AsiaWorld- Expo (Hall 5).
The xx are Romy Madley Croft, Oliver Sim and Jamie Smith. The London based trio have release three hugely acclaimed albums to date - the Mercury Music Prize winning debut xx and its follow up, Coexist - which have sold over 2.5 million copies between them. Since the release of Coexist, Jamie xx released his own debut solo album - 2015’s In Colour - which went on to become one of the year’s most critically and commercially successful electronic records.

The group released their highly anticipated third LP I See You in January of this year, to both popular and critical acclaim.
After playing sold out shows (including holding the record for the longest run of sold-out shows in legendary venue the O2 Brixton Academy, earlier this year) and headlining festivals around the world (including their own curated Night + Day festival events in Lisbon, Berlin and London), The xx are returning to Asia for their biggest run of dates to date. Featuring a full production spectacular sound and lights show, do not miss this rare opportunity to catch one of the world’s most sought after acts, at the very top of their game.