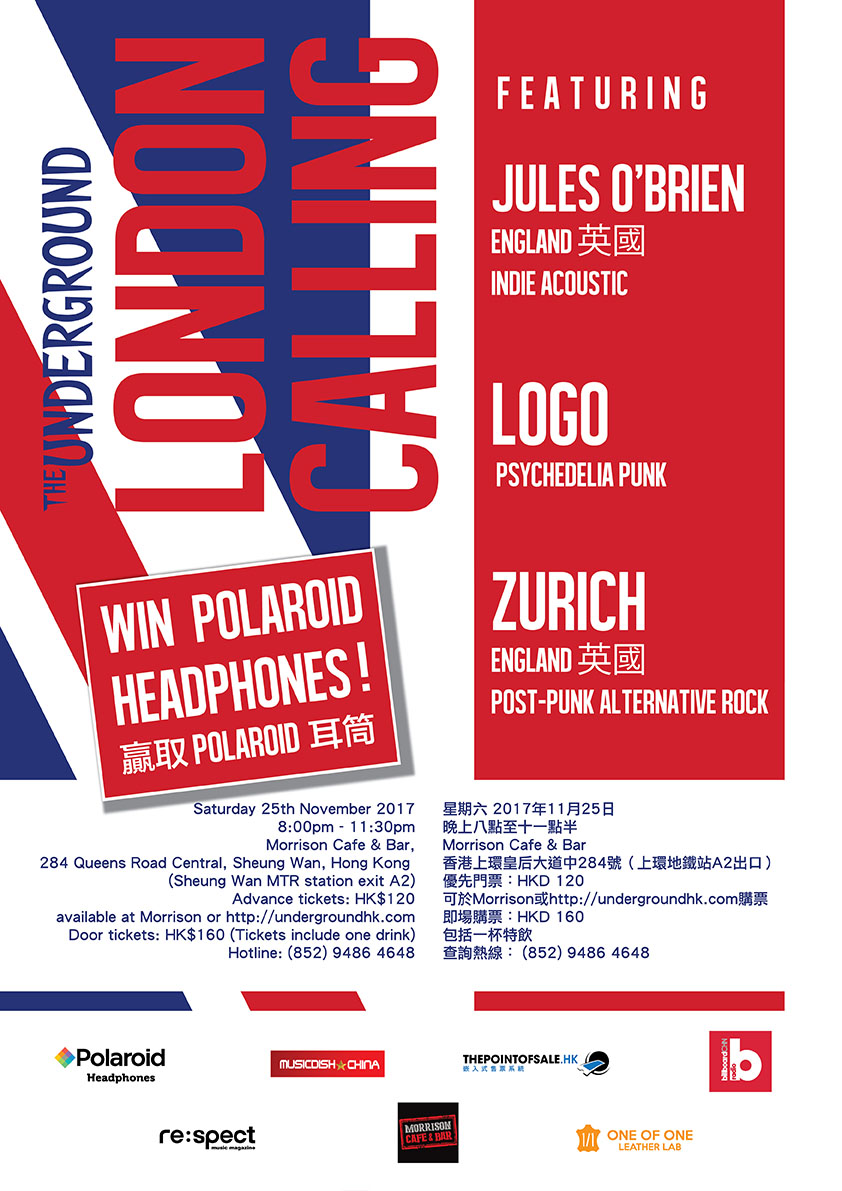 Travelling all the way from the UK to make their Hong Kong debut at Morrison Cafe and Bar, alternative rock trio Zurich will headline a night of extraordinary British talent. With the hook-driven songwriting of The Killers meets the brooding atmosphere of Interpol, this is an exercise in post-punk theatre you don't want to miss.

When Jules O'Brien moved from London to Hong Kong, she packed her guitar and collection of bittersweet folk songs. Compared to the likes of Laura Marling, Joni Mitchell and Kate Nash, O'Brien has a talent for intimate, emotionally affecting songwriting that captures the imagination. Playing The Underground for the fifth time, her enthralling live set will open a very special evening.

Second up, Logo HK: veterans of The Underground and one of Hong Kong's most well-known live bands. Their sound draws from the best of British rock, earning them comparisons to Buzzcocks, The Clash and The Style Council, with a frontman said to bear a striking resemblance to Joe Strummer. On Logo's ninth appearance at The Underground, expect all of the same attitude and energy you've grown to love.