The Chainsmokers LIVE IN HONG KONG 2018 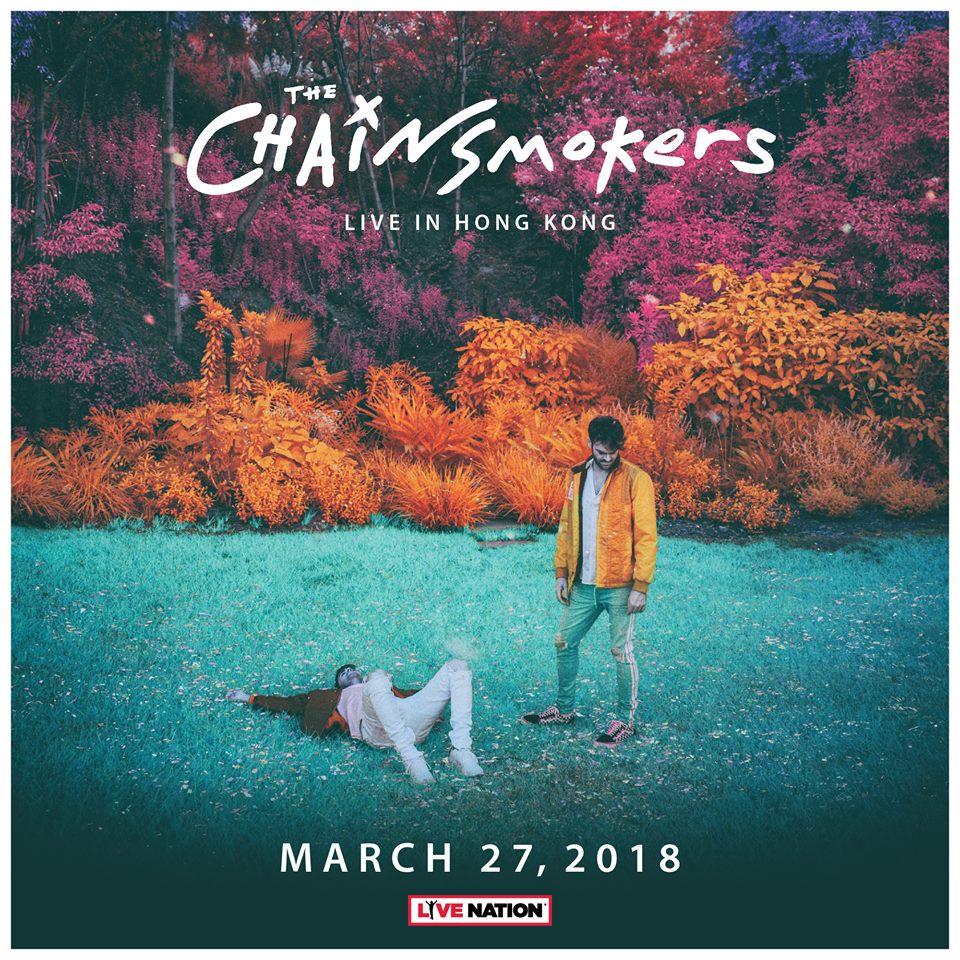 Live Nation is thrilled to announce that Grammy Award winner, The Chainsmokers, will be bringing their live show to Hong Kong on 27 March 2018 (Tuesday) at AsiaWorld-Expo Arena.

Tickets from HKD388 will be available via HK Ticketing on 14 December (Thursday) starting 10am through www.hkticketing.com.

Live Nation members can purchase tickets from 13 December (Wednesday) 10am to 11:59pm. For membership sign up & enquiries, please visit www.livenation.asia

Since The Chainsmokers’ breakthrough in 2014, the duo has spent 61 weeks in the top 10 of the Billboard Hot 100 chart, and won their first Grammy award for Best Dance Recording for “Don’t Let Me Down” in 2017. The duo’s blend of dance, pop, hip-hop and indie music have also led them to win two American Music Awards, four Billboard Music Awards, and five iHeartRadio Music Awards. The duo recently released their studio album in March 2017, Memories…Do Not Open which debuted at #1 and was certified platinum in August 2017. The Chainsmokers just received their fourth Grammy nomination for their collaboration with Coldplay, “Something Just Like This".