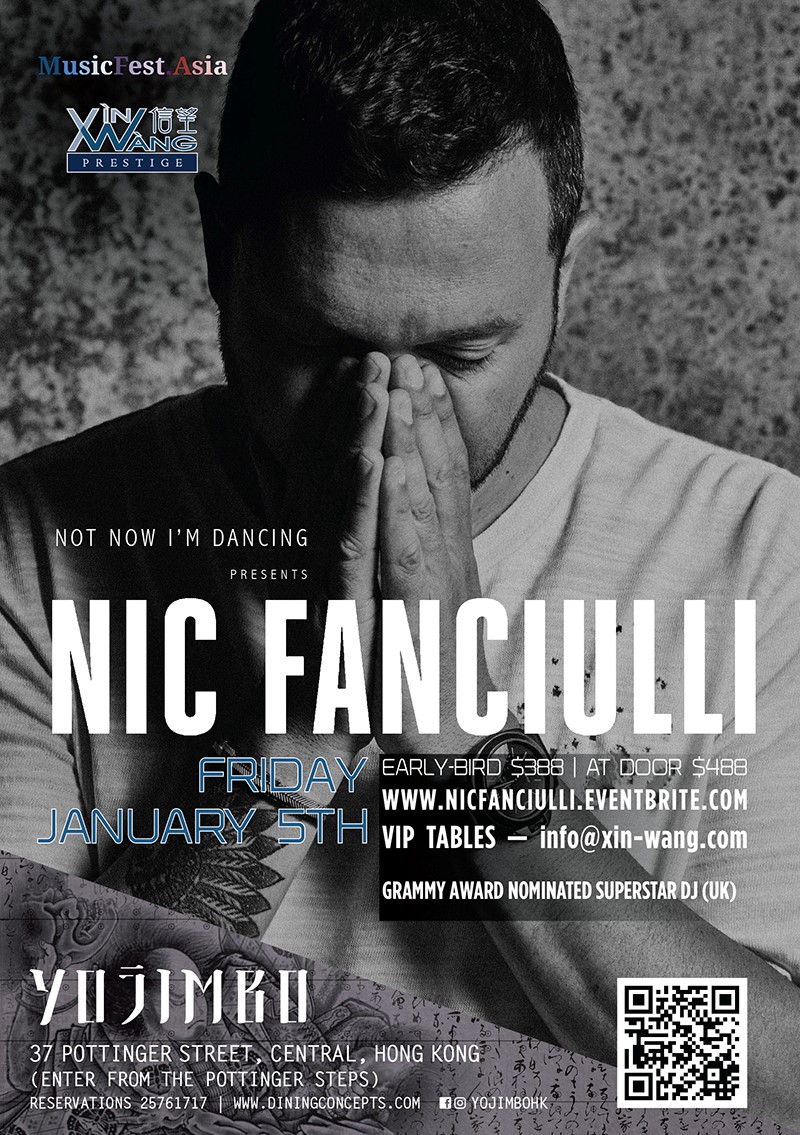 Nic Fanciulli has become one of the most influential artists to come out of the international dance scene in several years. With so many projects constantly in the works, Fanciulli stands out as a truly multitalented worldwide artist, with this perhaps being the key to his longevity in an increasingly fast-paced industry.

Fanciulli’s kept up a big Ibiza presence over the years, becoming one of the most respected figures on the island. Following on from two successful years running ‘La Familia’ at infamous 5000 capacity outdoor venue Ushuaia alongside Joris Voorn, 2016 saw Nic embark on his first solo residency at the iconic Pacha. ‘We Are The Night’ saw the likes of Guy Gerber, Sasha, Bicep, Agoria, Matthew Dear and Tiga play at the club alongside Nic. Having conquered Ibiza, We Are The Night has also held parties in Croatia, Barcelona, Miami, New York and Mexico with many more to come. Aside from Nic’s own projects, he’s a regular of all the key parties on the island. He’s been a headline guest at ANTS - Ushuaia’s flagship underground party - since its inception, and also put in appearances at respected residencies Paradise, Guy Gerber’s RUMORS, Circo Loco at DC10 and INSANE at Pacha over the last year alone. Most notably, he played a major part in the last season of one of Ibiza’s best-loved clubs, Space; firstly, playing the closing of its longest-running party, Carl Cox’s Revolution, and then proceeding to make history playing the final set at the club’s last ever closing party, in an incendiary six-hour back to back session with Carl himself.

As a producer, Nic has created a plethora of solo tracks that have received huge critical acclaim including a Grammy Nomination, in addition to unleashing a heady collection of memorable remixes, including his recent rework of Jamie xx’s ‘SeeSaw’. Nic is responsible for a high output of a sleek, intelligent yet driving strain of house and techno, and is famed for his compilation CDs, having completed mixes for Renaissance, Global Underground, Balance and Defected In the House as well as an incredible three Essential Mixes; he is now gearing up for the release of his highly anticipated debut album.

Nic’s genuine desire to share music with others led to him founding what’s gone on to be one of the UK’s biggest house and techno labels, Saved Records. An important purveyor of international, underground house and techno, Saved has become a global brand, renowned for cutting-edge releases and standout events around the globe. Responsible for helping to break the careers of a diverse mix of producers, Saved Records has established Nic as a key tastemaker. It’s this continued desire to share his experiences that also led to Nic starting up his worldwide festival brand, The Social. Beginning life as a way of bringing world-class names to Maidestone, it’s grown not only from a one-day event to a three-day festival, but will now also be branching out to hold parties in Mexico and Columbia for 2017 and looks set to continue growing.

Nic’s journey to his current status has been an entirely organic one, born out of his genuine love for the scene and a desire to share this with others. His tireless work ethic has sees him continue to tour the globe relentlessly and expanding his many projects – 2017 is set to be yet another landmark year for the artist.