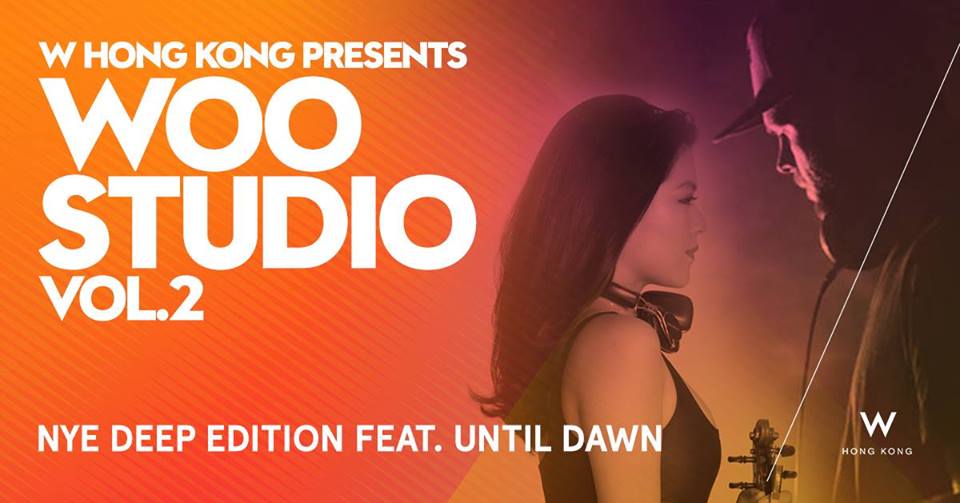 Forget candle-lit dinner or champagne, put a spin to the end of 2017 with WOO STUDIO! Riding on the success of its hot debut last month, W Hong Kong’s dynamic series of inspiring live acts will be making a comeback on New Year’s Eve at WOOBAR, closing the year with jaw-dropping performances by the brilliant techhouse duo UNTIL DAWN and DJ Amare.
Staying true to the W brand’s passion point of music, the mastermind behind WOO STUDIO, W Music Curator Olivia Dawn, introduces yet another interesting talent to the music scene – her very own team UNTIL DAWN. Olivia is notorious for delivering ﬂuid live violin improvisations and powerful vocals over her uplifting DJ sets, while the Dutch DJ Philip Didier brings to the dance floor a deep, progressive and melodic sound, which goes perfectly with Olivia’s dreamy strings and vocals, creating an astounding harmony. The live electronic duo made its debut on the stages of Tomorrowland and Café D’Anvers in Belgium to soaring reviews.

Accompanying UNTIL DAWN that night will be DJ Amare, who captivated music fans in major clubs and events in four different continents, such as TBA Brooklyn in United States, with her funky, sassy yet exotic tunes. Expect to be swept away by the magnetic energy and music of these artists all-night long.

Other than music (and drinks), rumour has it that there will be a surprise performance that night. Be part of W Hong Kong’s New Year’s Eve bash and see for yourself what surprise is in store.