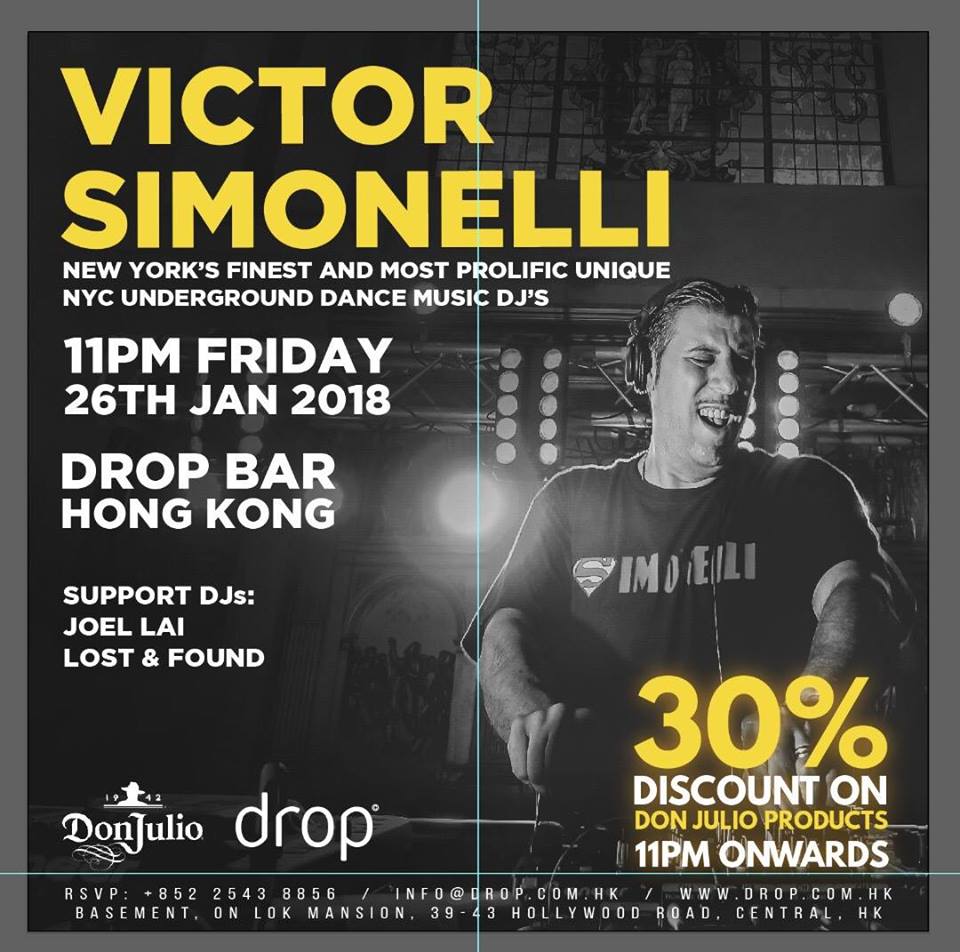 New York house heavyweight and prolific producer since the turn of the 1990s, Simonelli is responsible for some of the best house music to come out of New York.

He has recorded for a dizzying array of labels (including Nu Groove, Tribal America, Fourth Floor, Sub-Urban, UMM, King Street Sounds, Vibe and Playtime), under a similarly wide range of aliases (Groove Committee, Cloud 9, Solution , amongst many others).

He has also produced, written, remixed and worked with the likes of Kerri Chandler, Nile Rodgers, Ray Charles, Frankie Knuckles, David Morales Micheal Jackson and Quincy Jones to name but a few.

Simonelli tours regularly and is ever a part of the music scene of today. He will be at drop HK for one night only, dont miss this opportunity to catch him and his awesome tracks.