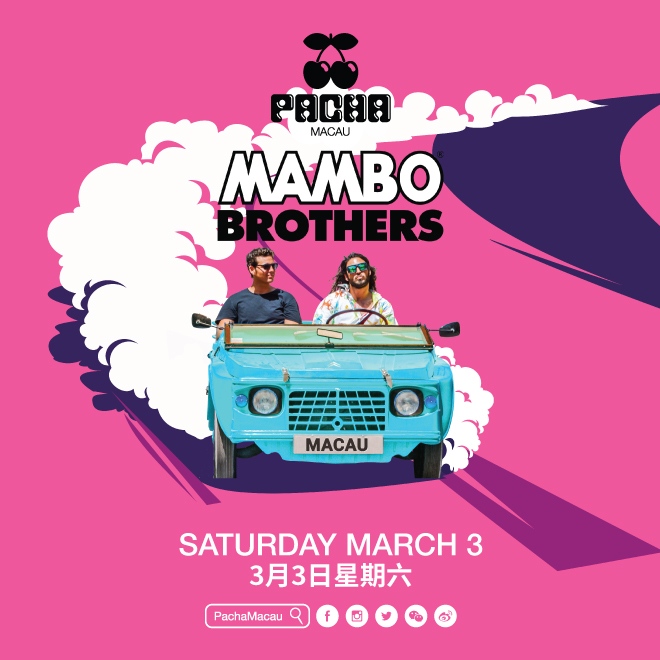 The Mambo Brothers are bringing their Ibicenco flavour to Macau!

Born and raised in the world's party capital of Ibiza, brothers Christian and Alan Anadon grew up at the clubbing utopia of Ibiza and were exposed from an early age to some of the best DJs in the world as they soundtracked the iconic sunset spot - Café Mambo.

The pair's journey started at Café Mambo's sister's bar Savannah, warming up to legends likes Roger Sanchez and Carl Cox and the road has led them to play at some of the world's most reputable festivals including Tomorrowland, Creamfields and Pete Tong's Toolroom's Miami Music week parties, with their style cues across various house sub-genres, inspired by artists such as Pete Tong, Masters at Work, Jason Bye to name a few.

Join us on Saturday, March 3 at Pacha Macau
Doors Open At 11pm