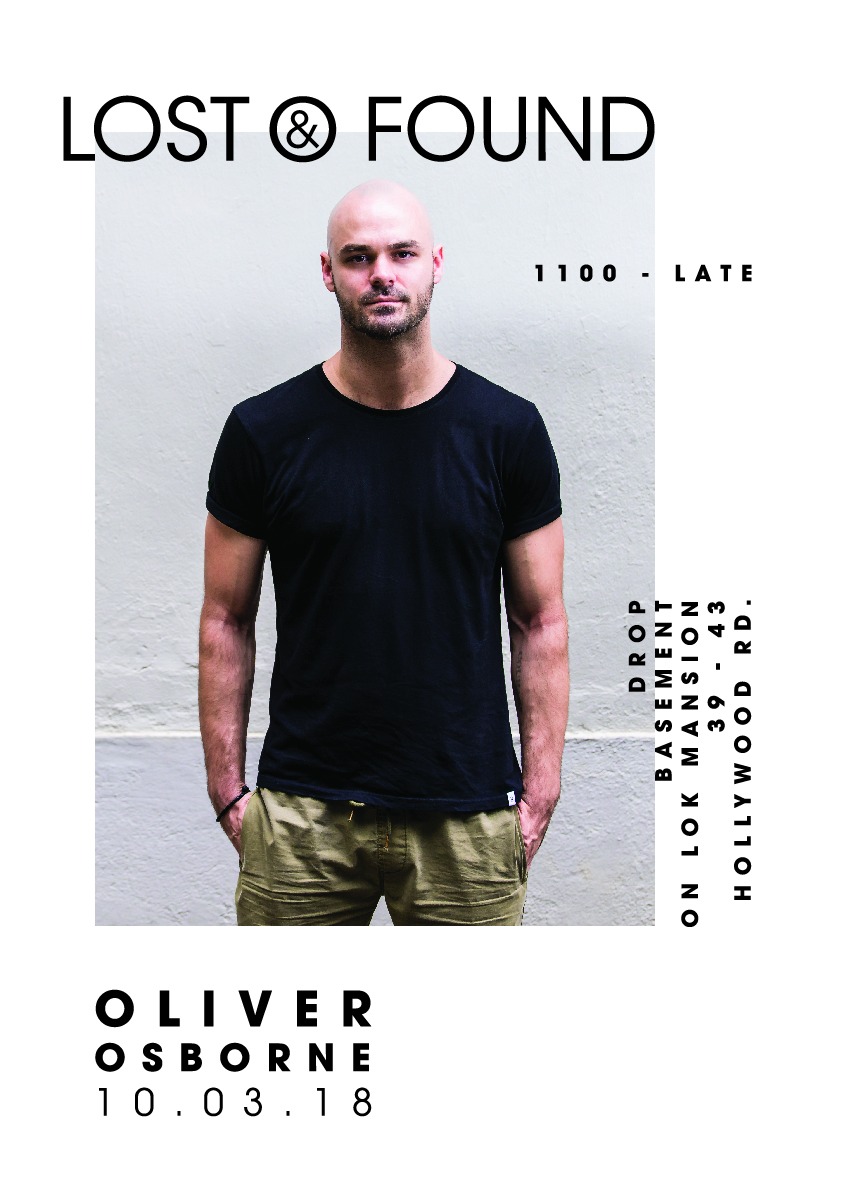 Lost & Found has returned to Saturday nights at Drop and to celebrate, we've invited special guest DJ, Singapore's Oliver Osborne. Oliver has been a friend of Lost & Found for a long while and we thought it was about time we invited him down to play some music for us.

A London native who has played at the likes of Fabric, 93feet East, and Corsica Studios, Oliver has become a familiar face behind the consoles of some of the best underground clubs in Asia, with gigs as far afield as Mongolia.

2017 was a big year for Oliver, having again played Ultra Singapore alongside Lost & Found resident Man One and playing extensively across Asia with &ME and Stefano Ritteri playing his tracks.

Since arriving in Singapore, Oliver has played everywhere worth playing and in May of 2013 was part of the team that started the After Dark pop-up parties at the hidden gem that was the original Kilo Lounge and now Oliver finds himself a regular guest at Kilo's new location. He also brings his musical agenda to various pop-up parties around the city and runs the phenomenally successful Eyes To The Front pool parties.

Though Oliver learnt to DJ on a diet of jungle, drum and bass and hip-hop, his ear eventually turned to house and techno, and his current sound has taken him around some of Asia’s top underground clubs such as Glow in Bangkok, Lola, Shanghai, Jenja and WooBar in Bali, Oma and Volar in Hong Kong.

2018 is shaping up to be a big year for Oliver. With his tracks and remixes currently climbing the Beatport charts and regular DJ sets all over Asia, we're stoked to be welcoming Oliver to Lost & Found for something a little bit special.

See you on March 10th and arrive early to avoid disappointment.