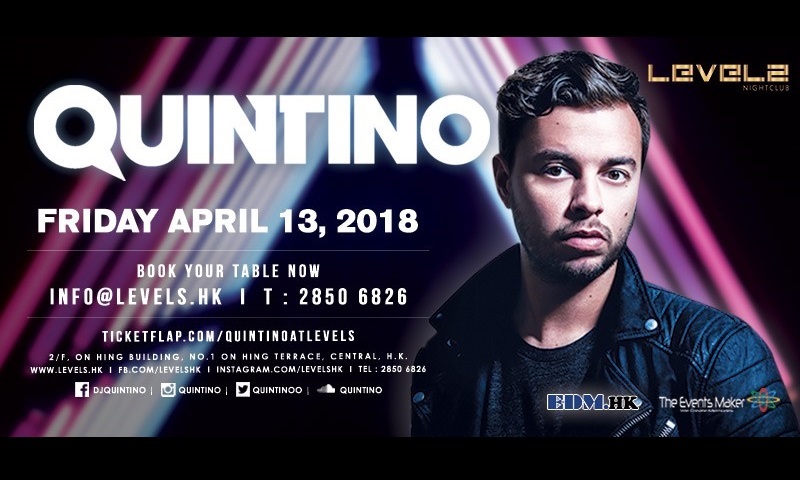 At the age of 18, QUINTINO was discovered by Dutch DJ Laidback Luke. His breakthrough began in 2009 with his trap remix of “Rap Das Armas”, which became his first #1 in the Netherlands. He then went on to score another #1 hit on the Dutch charts with “Epic”, a collaboration with Sandro Silva in 2011. That same year QUINTINO co-produced the Afrojack track "Selecta", and in 2013 he worked with DJ Tiësto and Alvaro to produce the anthem of Ultra Music Festival. Since then, QUINTINO’s club bangers have been played all over the world, and has been listed on DJMAG as Top 100 DJs for 4 consecutive years. His most recent release is “GO HARDER EP PT.4: EDM’S REVENGE”, which has taken the world by storm. See QUINTINO live at LEVELS on Friday April 13th!

Advance tickets are now on sale, see you all at LEVELS on Friday 13th April!!