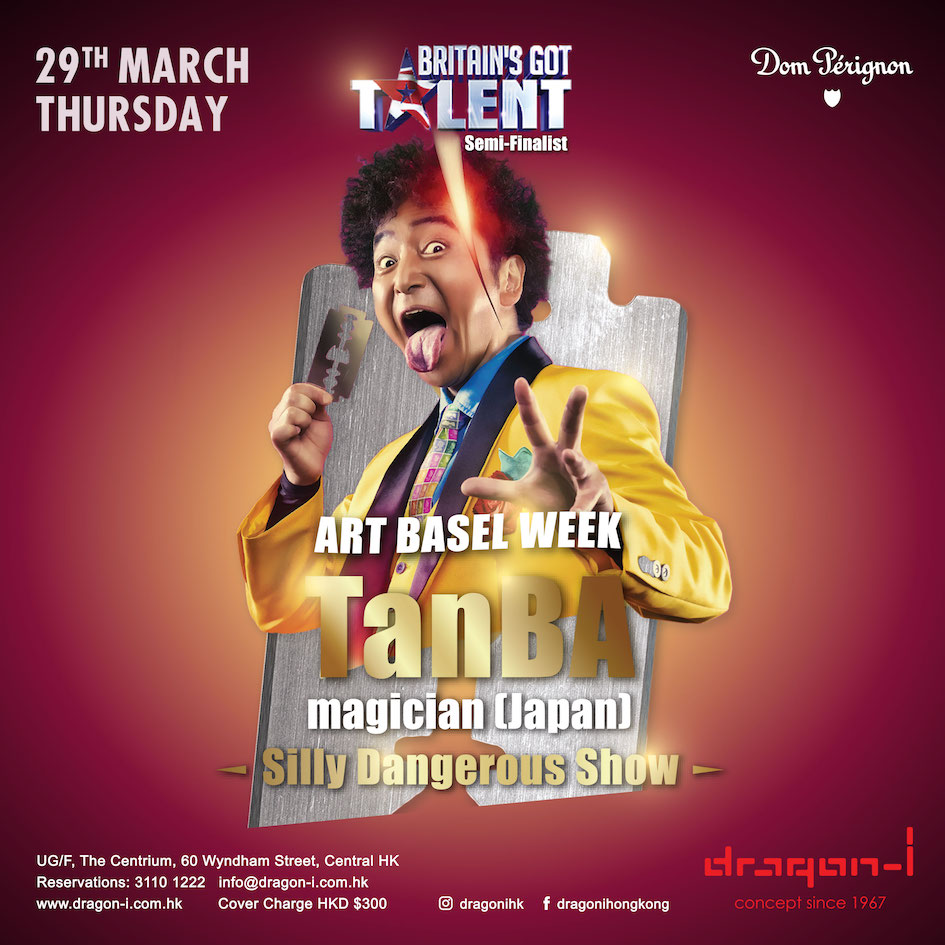 From Japan to around the world Tanba was originally from Shizuoka Japan, his performance has been recognised and amazed many people from around the globe,  his practices started as early as when he was 18 years old. TanBa is the apprentice of a famous magician in Japan Haruhiko Nagisa.

His unique magic has won several championships and in 1993 he won the prestigious Stage Magician of the Year from the Society of American Magicians, and at the same year he also won Stage Magician of the Year from the Japanese Magic Association. In 2008 he was the magic consultant for a Japanese science fiction motion picture and later joined the cast of “MATSURI” where he continues to amaze audiences with his magic.

He has been performing in Japan, Shanghai, China and the Magic Castle in Hollywood.

He now spends his time in Las Vegas.