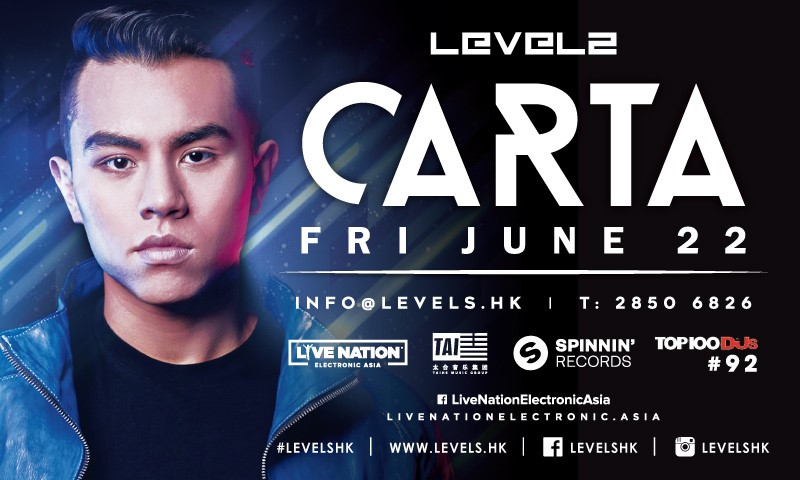 With sounds heavily influenced by legendary DJ group Swedish House Mafia and other progressive icons of the decade, DJ CARTA laid hands on his first controller at just 14 years old, having spent most of his early years in the UK honing and improving his skills.

At 19, he kicked off one of the largest EDM Festivals in China at Budweiser’s Storm Festival 2015, sharing the main stage with industry-leading acts like Don Diablo, Above & Beyond, DVBBS, Laidback Luke, Skrillex, Tiesto, and many more.

In 2016, the road to success was clear, kicking off with his own hot spot “Carta’s Corner” in the Amsterdam Dance Event, where fellow DJs were invited to showcase their skills. This in turn earned him a spot on the mainstage of the Electric Jungle Music Festival in South China. His first ever solo release on Spinnin’ Records “Shanghai” quickly followed, a tribute to the city where he had his first breakthrough.

Currently ranked 92 on the prestigious DJ Mag Top 100 List (as a new entry from last year), watch out for CARTA’s future as a prominent name in the scene in Asia and beyond.

For more information and booking enquiries: