Whatever pres. James What @ Social Room 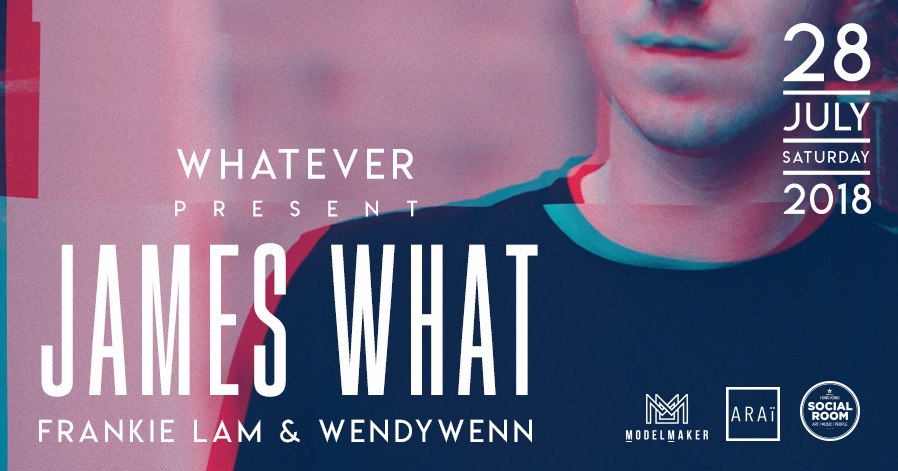 
We are excited to have JAMES WHAT (Modelmaker)
on the 28th July 2018 at Social Room.

James What has long been making his mark on electronic music. His is a two pronged attack, the first being solo as both producer and DJ. He has played everywhere from Panorama bar to Fabric to across both Americas, Europe and Asia, has previously hooked up with Crosstown boss Damian Lazarus as Zod and released on his other label, Rebellion.

So too has his original solo work, which is a knowing concoction of gruff techno, slick minimal and classicist house aesthetics, come on labels such as Crosstown Rebels, Poker Flat and Murmur, with remixes being commissioned by Rue de Plaisance, CityFox and My Favourite Robot.

Of course, James is also one half of Berkson & What, the analogue loving house and techno partnership that has won worldwide acclaim for their live shows and productions on labels like Poker Flat, Dogmatik and Play It Say It. That project has just given birth its first album, and has also given rise to their new label Modelmaker, meaning this venerable talent is about to leave yet another indelible mark on the scene that he has so intrinsically been linked with ever since making his debut.