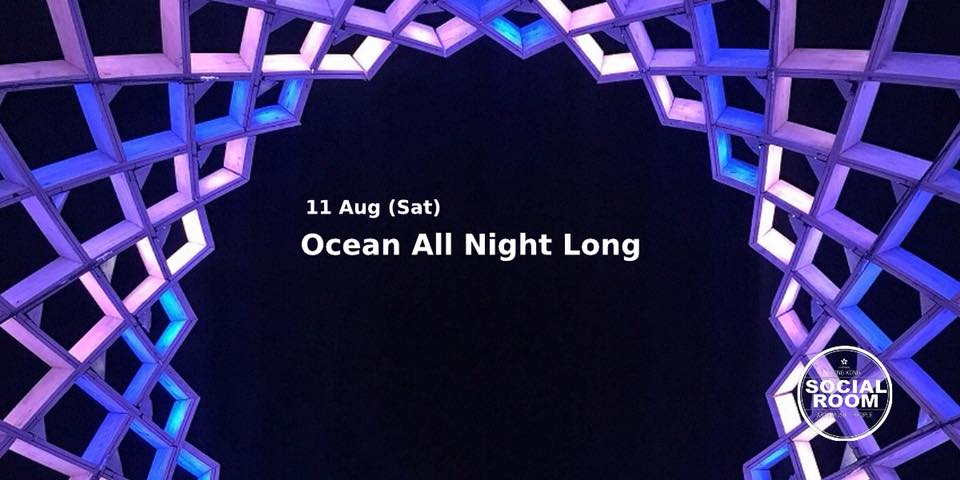 Join us for a hypnotic journey! Ocean just returned from a 5-gig mini-tour of Europe with lots of new tunes to share - including records. Get ready for Ocean all night long!

Currently holding residencies at Hong Kong's top two underground clubs, oma and Social Room, and also serving as Social Room's Music Director, Ocean Lam has been the go-to choice to support touring artists like Sven Vath, Jimpster, Efdemin, Axel Boman, Luke Hess, Nick Hoppner, Namito and Oliver Duetschmann, Sammy Dee and many more. She has had headlining slots at Hong Kong's seminal arts and music festival, Clockenflap, for five years running, Sonar HK and has played at Wonderfruit in Thailand, Quest festival and Epizode in Vietnam, and has regular gigs at various top clubs in the region: Faust (Seoul), Beam and Glow (Bangkok), The Council (Singapore), Time (Manila), Elevator (Shanghai), Savage (Hanoi) and The Observatory (Ho Chi Minh City). Ocean has also had a growing number of gigs outside of SE Asia, including notable clubs such as Berlin's Goldengate, Renate , Ipse and Barcelona's Moog, and in other cities including Amsterdam, and Belgium. Ocean has also made the transition to producing her own music, with five releases on HK label Typhoon 8 Records and one on Boulevard Records London. 2017 Germany tour also see her performance at Melt and Feel Festival.

Aside from her DJing and music production, Ocean has positioned herself as one of the leaders in Hong Kong's growing electronic music scene. She founded two long- running nights at the former Bassment Bar, and in 2014 she started the always- strong Hypnotic parties mainly at Oma and Social Room, named for a podcast/ mixset series she has been doing for the last 8 years. Whether on her own with Hypnotic or with her previous collaborations, she has hosted many international artists including Tobias., Heiko Laux, Azimute, Basic Soul Unit, Manuel Fischer, Ryan Elliott, Oskar Offermann, Deetron, Dirt Crew, Dave DK, to name but a few. Her Music Director role at Social Room has put Ocean at the forefront of HK's electronic music scene, working and collaborating regularly with local DJs and crews, as well as exposing the local audience to international underground artists.

Hope to see you on the dance floor