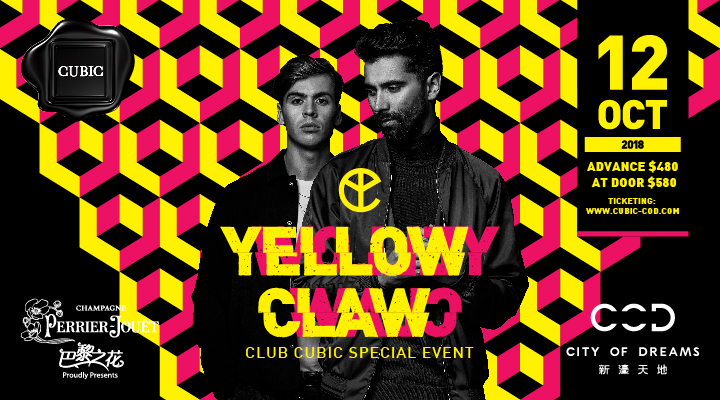 The Dutch electronic duo, Yellow Claw consists of DJ Jim Aasgier and Nizzle, who are named as one of the “10 Artists You Need To Know” by Rolling Stone, are quietly inching towards EDM supremacy. Their debut in 2015, Blood For Mercy, bowed at #1 on Billboard’s Heat Seekers Chart & Top/ Dance Electronic Albums Chart and scored an Edison Award - the Dutch equivalent of a GRAMMY. They were able to successfully continue their tribute in 2016 by releasing “Invitation” and “Love & War.” Both collections clocked more than 10 million streams in Spotify! Yellow Claw just released Los Amsterdam in March last year. Don’t miss their play on 12 October!