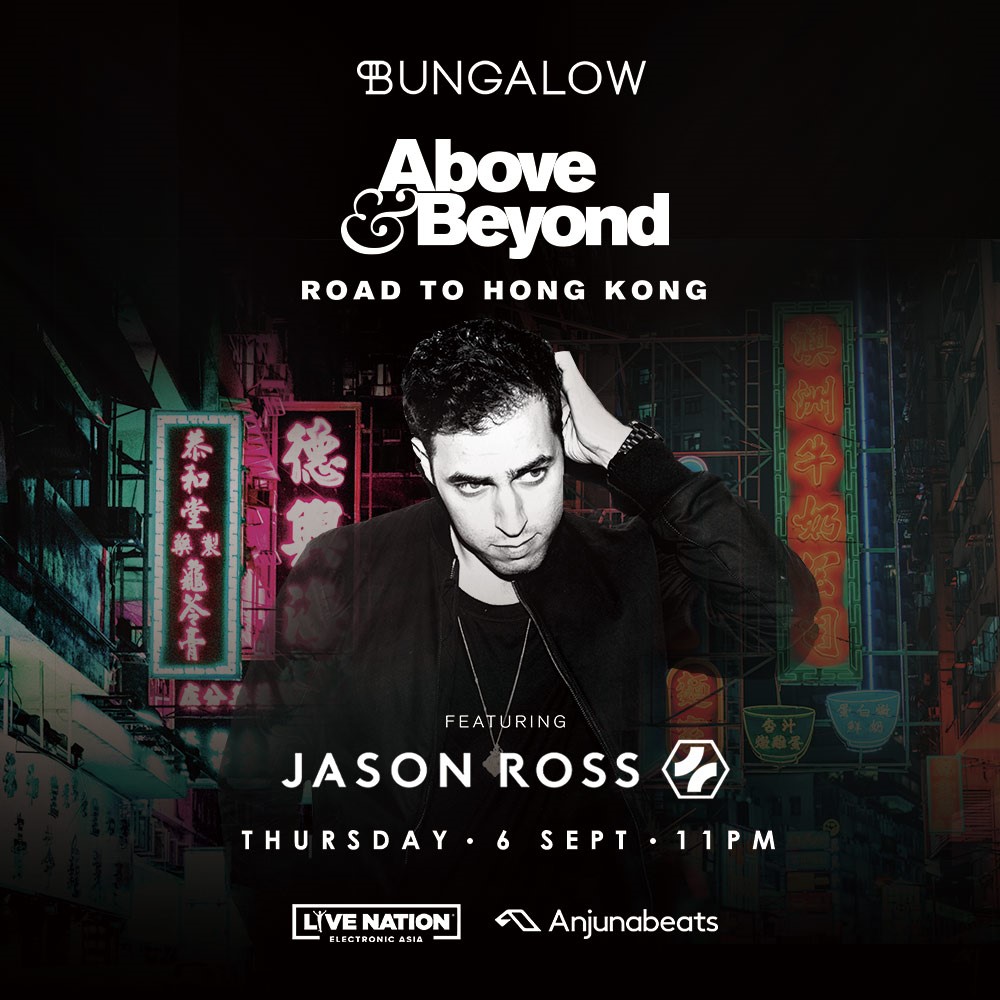 Currently signed with Anjunabeats (owned by the renowned electronic music group Above & Beyond), Jason Ross is now coming to Hong Kong as part of their official countdown party and ABGT300 pre-party! Get hyped for the next incarnation of the superstar DJ sensation!

Based out of San Diego, DJ and Record Producer Jason Ross has been making a name for himself since his entry into the electronic music scene in 2010.

Though Jason Ross was originally trained as a classical and jazz musician, he ventured into the realm of electronic music and completed an original EDM production album at the age of twelve. Over time, his music matured, and Jason continued to develop his true style and taste in music while being mentored by DJ/Producer, Chase Costello.

While attending San Diego State University, Jason’s rise into the electronic music scene really took off, and he found himself balancing studying for his degree with traveling on weekends and a residency at FLUXX nightclub. Rising through the ranks ever since, he’s played in cities all around the world, like Los Angeles, New York, Las Vegas, Paris, Miami, Monte Carlo, Berlin, Moscow, opening for notable names like Tiesto, Avicii, Max Vangeli, Benny Benassi, Porter Robinson, Above & Beyond, Markus Schulz, Sander van Doorn, Arty, among others!

Jason Ross has attained worldwide recognition and support from some of the top DJs in the world, often netting over ten-thousand views in a single week.

Above & Beyond Road to Hong Kong