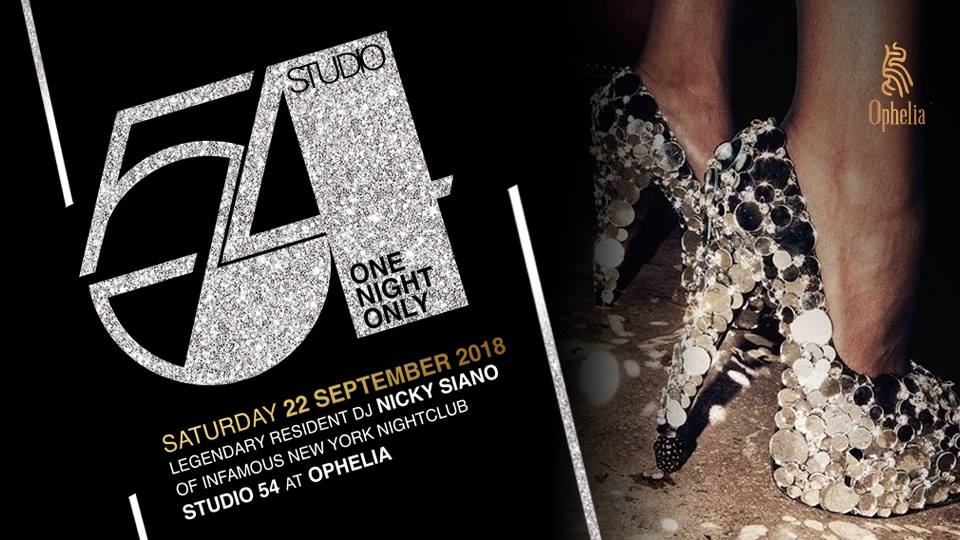 Enter a world entirely our own, enter one night at STUDIO 54.

Ophelia recreates for one night only the inside of the original legendary nightclub Studio 54 New York.

Dresscode: Smart Casual Required | Disco Made Me Do It

Nicky Siano continues to tour & his appearances in cities around the world are sold out months in advance. He is the last surviving pioneer of the 70’s dance music scene. He is the only person left who was there at the very beginning, remaining relevant and involved through the 70‘s - in the decade of the disco explosion & as a resident at STUDIO 54.

His film http://www.loveisthemessagemovie.com/ - A Night at the Gallery 1977, (released in 2014) is the only true look at a club during the height of it’s popularity in the 70’s. Siano wrote, directed, and produced the film. He produced and arranged the
soundtrack for the film, skillfully incorporating original live crowd recordings behind the new music. The footage is so remarkable parts have been licensed many times, nine by the BBC. Disco was not just a dance craze, it was a continuation of the 60’s social upheaval.

Nicky’s first job playing records was at New York’s famed club THE ROUND TABLE in 1972. In 1973, at the age of 17, he opened/designed and was the DJ at THE GALLERY, called THE FIRST DISCO in books i.e. ‘Love Saves the Day’ and ‘Love Goes to Buildings on Fire.’