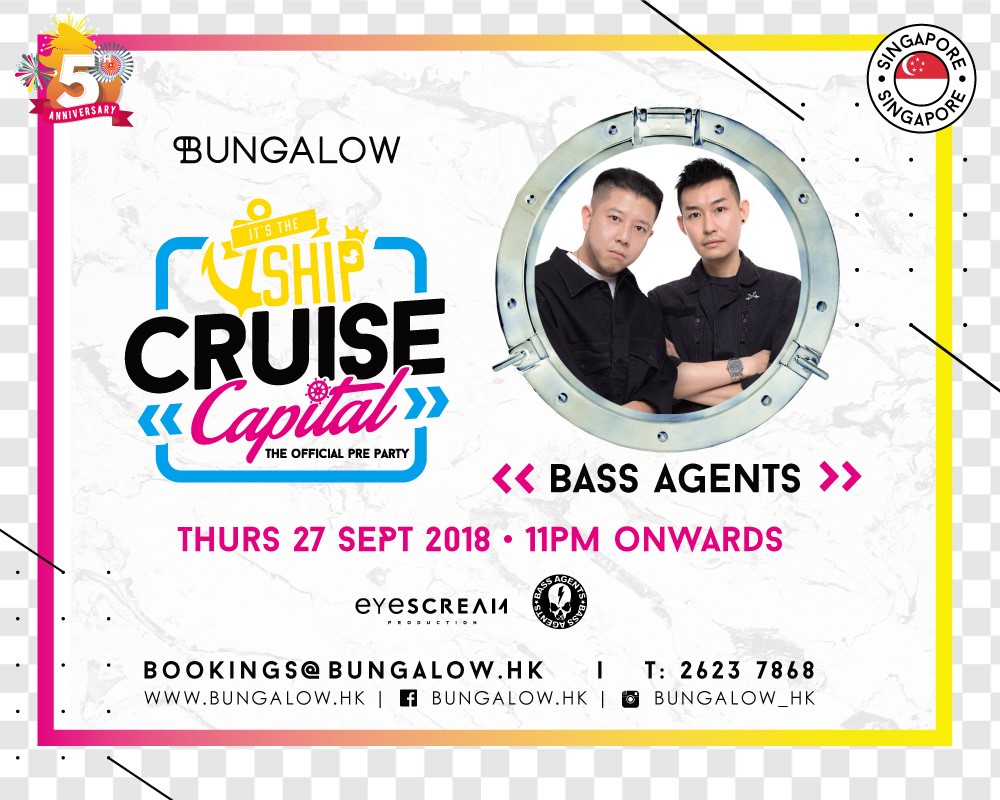 The Infamous Bass Agents are bringing the It’s The Ship Official Pre-Party to Bungalow! Comprised of Hoong (Mr.Nasty) and Nick (Ganjaguru), Bass Agents was formed shortly after the birth of Hardstyle in 2003. The DJ duo undertook the mission of bringing the Hard Dance sound to Malaysia and the region.

Rising in popularity ever since, the Bass Agents have frequently headlined local festivals and have opened for top international Hardstyle DJs visiting Malaysia. Their dedication has resulted in numerous awards such as EDMdroid.com #1 Coolest DJ 2013, #2 Coolest DJ 2014 and #6 in Asia EDM Top 10 DJs award 2017.

Recognition for the Bass Agents boomed in 2010, when they were the first South East Asian DJs to be featured at the Qdance event, In-Qontrol in Amsterdam. With the dedicated following they have gained, it’s no surprise that they are Malaysia’s No. 1 act on thedjlist.com.

The duo’s original tracks have not only become crowd favorites but are also considered Hardstyle anthems. Get ready for Bass Agents to bring the ITS 2018 Cruise Capital pre-party to Hong Kong!