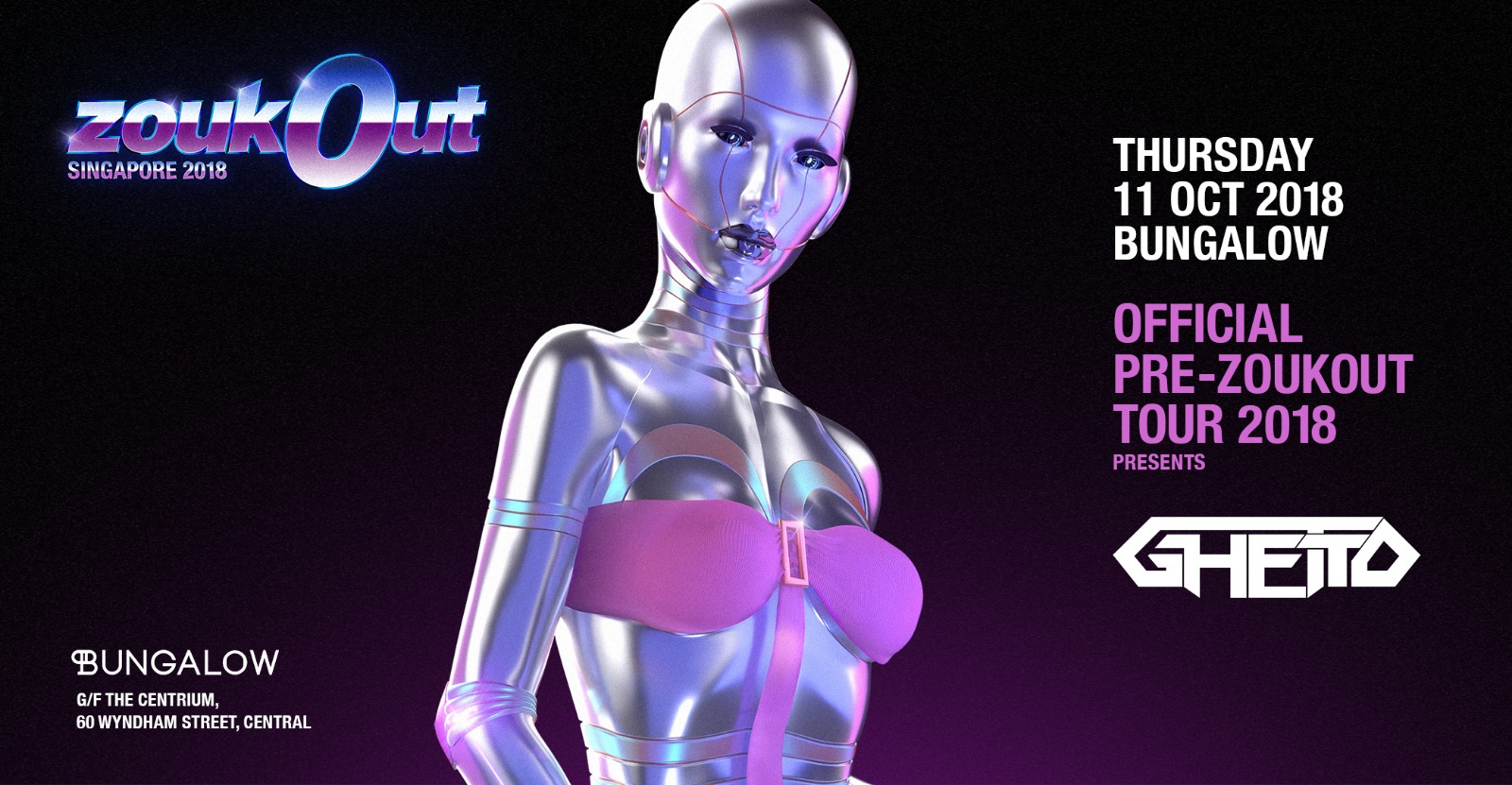 From owning the champion title twice at the Singapore DMC World DJ Championships in 2009 & 2010 to fronting crowd favourite nights such as 'TGIW' & 'Bulletproof', DJ Ghetto (SG)'s musical journey has been all sorts of madness.

Programmed with an unstoppable charge of high powered EDM, Open-Format, Hip-Hop and R&B beats by the DJ himself, it's safe to expect an electrifying night ahead, keep your space suits on.

One of Asia’s longest-running annual dance music festival, ZoukOut, brings the 3rd ranked nightclub in the world, Zouk Singapore, to the great outdoors.

Expect a powerhouse lineup which includes Dimitri Vegas & Like Mike, W&W & Galantis with many more to be announced.

Don't miss out on a whole slew of electronic music acts, a super-charged crowd and experiential booths, all rolled into one epic night of revelry and unforgettable memories.