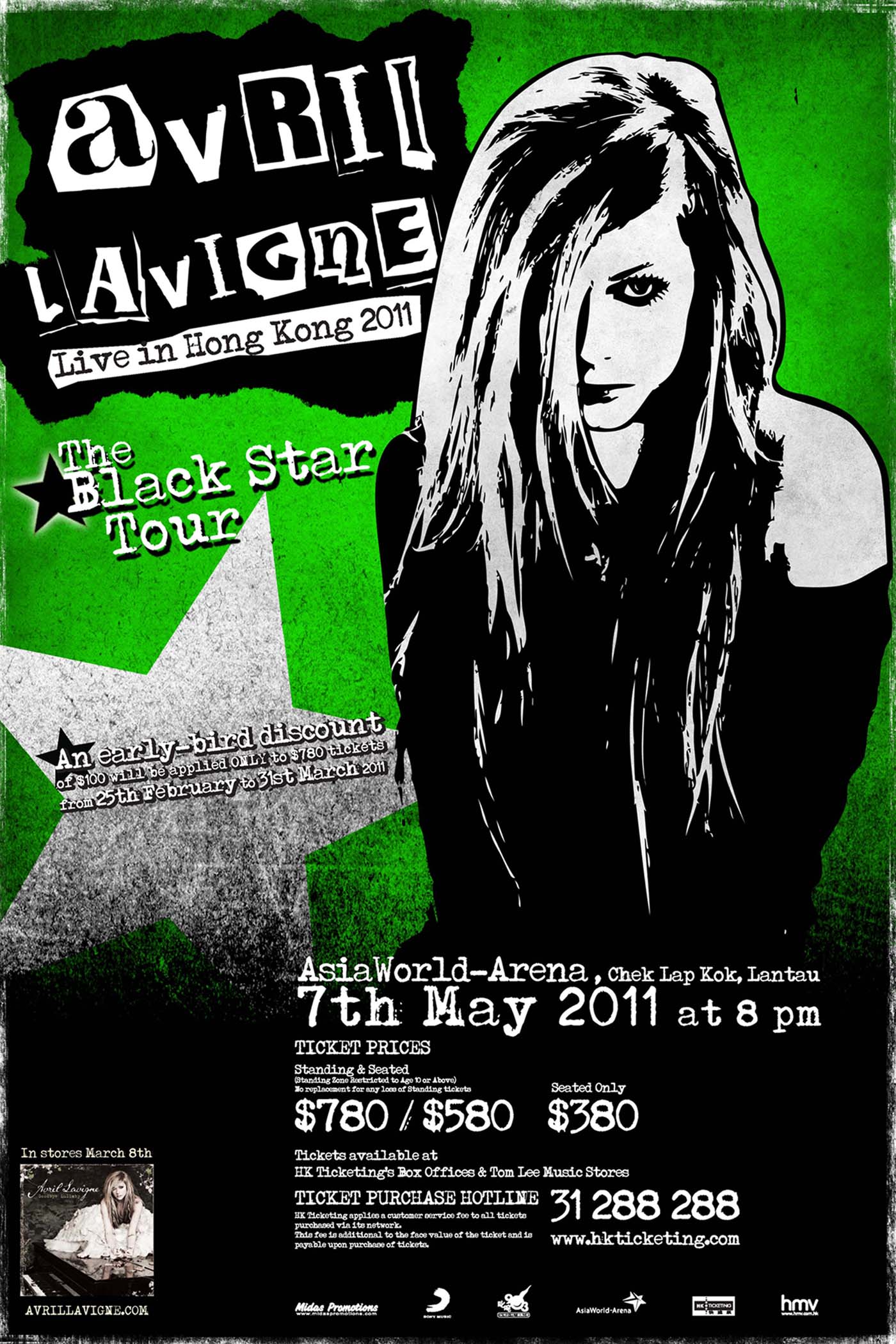 When singer, songwriter, and musician Avril Lavigne first burst upon the music scene at age 17, she was known as a young, pop-punk tomboy who refused to resort to skin-baring come-ons, preferring to entice the record-buying public with her powerhouse voice, high-spirited melodies, and straight-talking lyrics. Staying steadfastly true to herself and putting music before image paid off both critically and commercially for the Canadian-born artist. In 2002, Lavigne shot to global pop stardom with the 6x-platinum Let Go, followed by 2004’s 3x-platinum Under My Skin, and 2007’s platinum The Best Damn Thing. Over the course of her three albums, Lavigne scored a string of international hit singles: “Complicated,” “Sk8er Boi,” “I’m With You,” “Losing Grip,” “Don’t Tell Me,” “My Happy Ending,” “Nobody’s Home,” “Keep Holding On,” “Girlfriend,” “When You’re Gone,” “Hot,” and “The Best Damn Thing.” She earned eight Grammy Award nominations, won seven Canadian Juno Awards, and sold more than 30 million albums and nearly 20 million tracks worldwide over the past eight years.

“I pushed myself and didn’t hold back,” Lavigne says of Goodbye Lullaby for which she wrote or co-wrote every song, “I allowed myself to be vulnerable. I think it’s during the real moments that people can relate the most. Those who have heard the album have had very strong emotional reactions to the songs, so I realized that when something is so real, it will probably touch somebody. The beauty of music is that it’s open to interpretation.”

It’s been a whirlwind journey for Lavigne, who says the thing she’s looking forward to most about releasing Goodbye Lullaby is getting the opportunity to hit the road and perform for her fans around the world. “My fans are hardcore,” Lavigne says. “They are very dedicated and really supportive — the kind of fans who stick around. It’s been an amazing experience meeting them after shows and reading their letters, because the things they’ll say to me are very special. People have come up and started crying, saying, ‘You have no idea what your music has done for me.’” That’s all I need to hear. If I can give even one person strength through my music, that’s pretty frickin’ special.”

Avril Lavigne Live in Hong Kong 2011 The Black Star is brought to you by Midas Promotions. Tickets will be on sale through HK Ticketing (www.hkticketing.com; tel: 31 288 288) starting 25 February 2011.

Information provided by the PR company