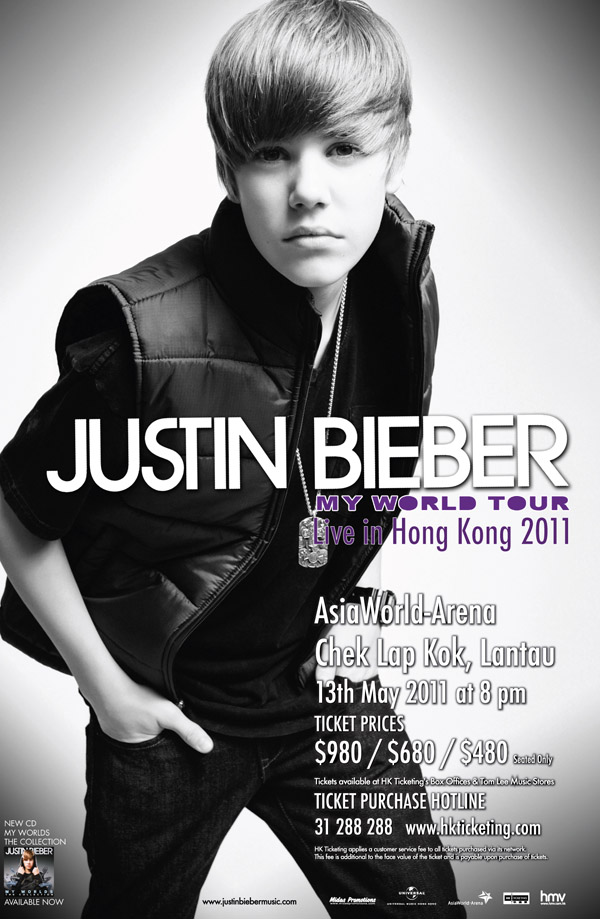 Justin Drew Bieber, born on March 1 1994, is a Canadian pop/R&B singer-songwriter and actor. Not only is Justin good-looking, he is also incredibly creative and multi-talented. He is a self-taught musician who plays drums, guitar, piano and trumpet who is now residing in Atlanta, Georgia.

After posting dozens of homemade videos on YouTube, where the multi-talented Justin put his impeccable spin on songs from artists like Usher, Ne-Yo and Stevie Wonder, Justin racked up over 10,000,000 views purely from word of mouth. He was then discovered in 2008 by Scooter Braun, who arranged for him to meet with Usher. Justin was soon signed to Braun and Usher and then to a recording contract with Island Records.

Being a superstar under Usher’s management, Justin Bieber’s debut lead single, “One Time” (written and produced by Tricky Stewart, who produced “Umbrella” for Rihanna), was a commercial success. Released worldwide in 2009, it peaked in the top ten in Canada and charted in the top thirty in several international markets. His second single, “One Less Lonely Girl”, which ranked No. 16 of Billboard Hot 100 during its first week on the Billboard. Then his debut release, “My World”, followed on November 17, 2009 was eventually certified platinum in the United States. Justin became the first artist to have seven songs from a debut album chart on the Billboard Hot 100.

“I started singing when I was 11,” says Justin. “I entered a local singing competition called Stratford Idol. The other people in the competition had been taking singing lessons and had vocal coaches. I wasn’t taking it too seriously at the time, I would just sing around the house. I was only 12 and I got second place.”

Fans should definitely come to the show and witness Justin Bieber’s  debut live performance in Hong Kong! Justin Bieber My World Tour Live in Hong Kong 2011 is brought to you by Midas Promotions on 13 May 2011, at the AsiaWrold-Arena. Tickets will be on sale through HK Ticketing (www.hkticketing.com; tel: 31 288 288) starting 14 March 2011.