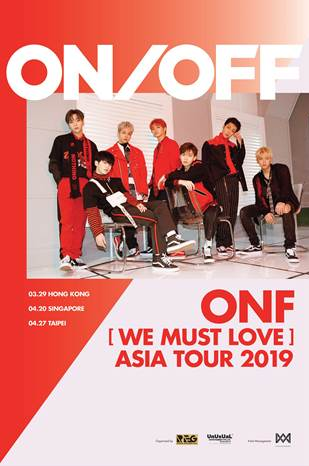 ONF, the brother group of B1A4 and OH MY GIRL, is excited to hold their first Asia tour since their debut. Rolemodel Entertainment Group Limited (REG) and UnUsUaL Entertainment Pte Ltd have just announced ONF Hong Kong showcase “ONF [We Must Love] Asia Tour 2019 in Hong Kong” will be held on Friday, 29 March 2019 at Music Zone @ E-Max, KITEC. ONF is happy to meet their Hong Kong FUSEs (Official fan club name of ONF).

The Korean boy group, ONF, consists of 7 members and they are HYOJIN, E-TION, J-US, WYATT, MK, U and LAUN. On 2 August 2017, they released their debut mini album ON/OFF and had their debut stage at M Countdown on the following day. ONF means charms of the 7 members like a light switch. When it is ON, they bring you strong and powerful performances. When it is OFF, they are warm, pure and fresh like a little brother. Having two different kinds of charms rolled into one. ONF was chosen as the 6th of ”10 Best New K-Pop Acts in 2017” by American entertainment magazine Billboard and their potentials are definitely not to be ignored.

KEUNG TO and ANSON LO from the Hong Kong idol group MIRROR are confirmed to be the guest of “ONF [We Must Love] Asia Tour 2019 in Hong Kong”. They will have the chance to learn more about singing and dancing skills from ONF.

*All ticket holders are entitled to join the Hi-touch session with ONF.

* All ticket holders are also entitled to have one of the below fan privileges: 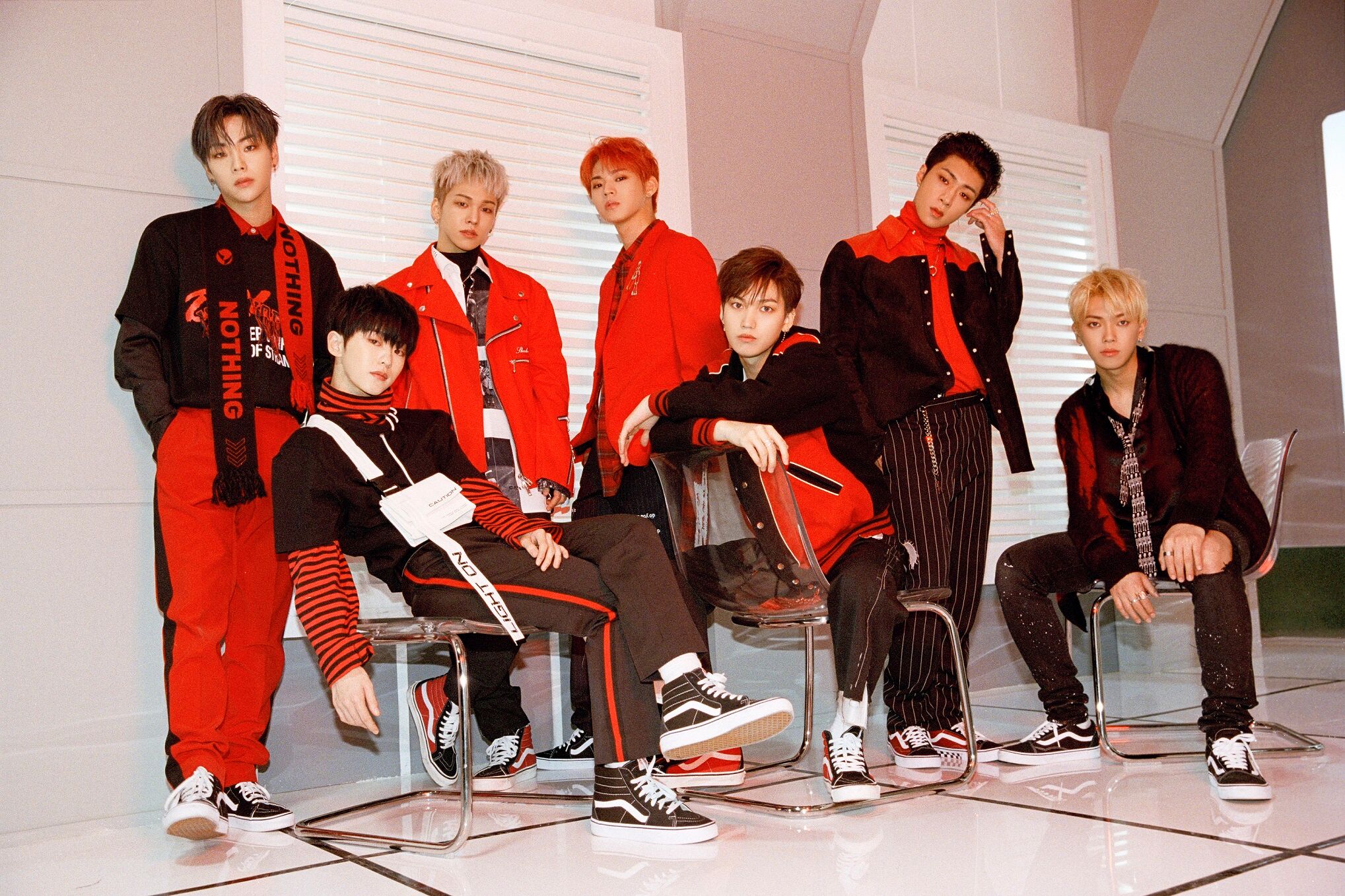