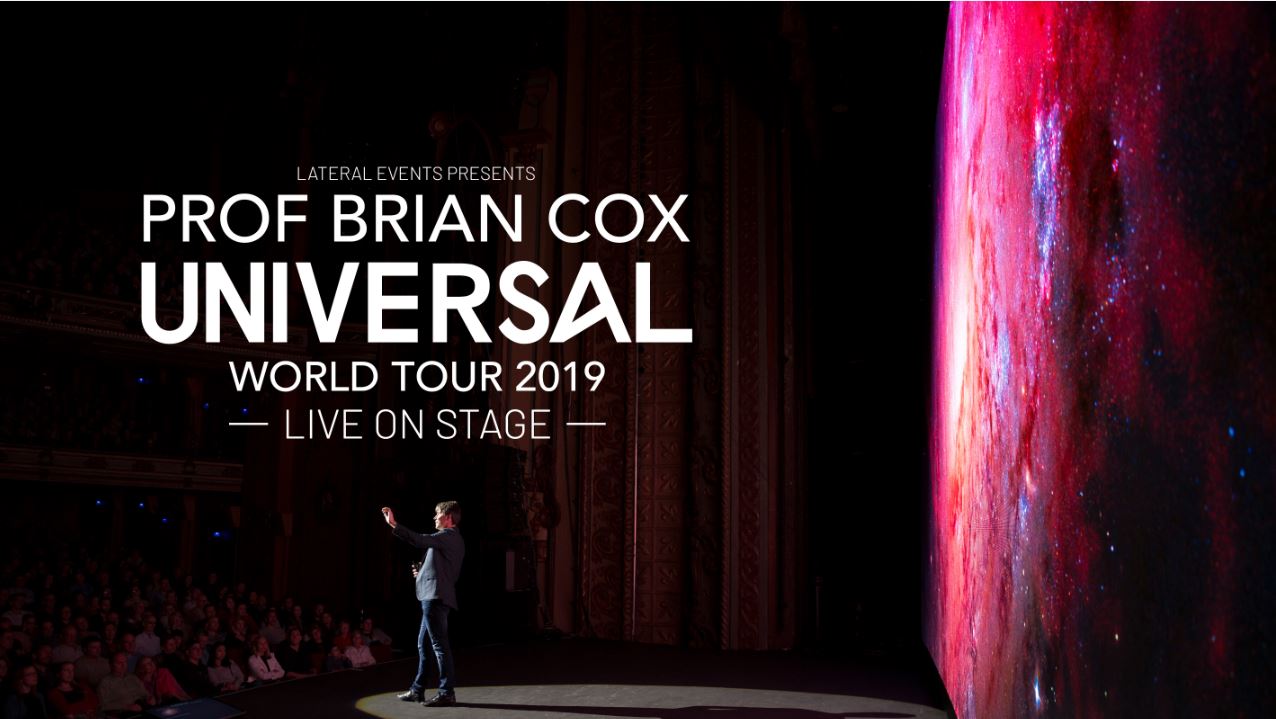 Having set two Guinness World Record titles with his previous sell-out live tour, Professor Brian Cox, OBE is heading back out on the road with a brand-new show for 2019, Professor Brian Cox Universal World Tour 2019, and is making his first appearance in Asia in Hong Kong on June 5, 2019.

Beginning in the UK in February, North America in April and May, Professor Brian Cox then lands in Hong Kong, Singapore, New Zealand and Australia in June 2019.

Taking audiences to the edge of our current understanding about the origin and evolution of our Solar System and the Universe, Professor Brian Cox Live 2019 offers a fascinating insight into the workings of nature at the most fundamental level. Whether an avid science reader or a total novice, Professor Cox makes challenging ideas accessible to all, exploring the vast, possibly infinite universe and our place within it from earth to the edges of the cosmos.

Brian will be joined by co-host of The Infinite Monkey Cage and award-winning comedian Robin Ince to oversee an audience Q&A, giving fans the chance to ask any questions they have and making every show unique.

Professor Brian Cox said: “On the last tour I loved talking about astronomy and cosmology with vast, state of the art screens to display images of the cosmos as we’ve never seen them before. 30-meter-wide images from the Hobble Space Telescope are certainly something to behold. On this new tour, I’m going to go a step further with the technology, to the horror of Lateral Events because it’ll be bloody expensive. But it’ll be bloody spectacular as well, and I hope it’ll offer people a completely new perspective on our place in the Universe.”

Brian is Professor of Particle Physics at The University of Manchester, The Royal Society Professor for Public Engagement in Science and a Fellow of the Royal Society. As a broadcaster, he has presented a number of highly acclaimed science programmes for the BBC, boosting the popularity of subjects such as astronomy and physics and garnering a host of accolades, including two Royal Television Society awards and a Peabody Award for Wonders of The Solar System. He has also authored a series of best-selling books, including the widely acclaimed Human Universe and the recently released Universal: A Guide to the Cosmos, and is recognised as the foremost communicator for all things scientific. His critically acclaimed BBC series, Forces of Nature, aired in 2016.