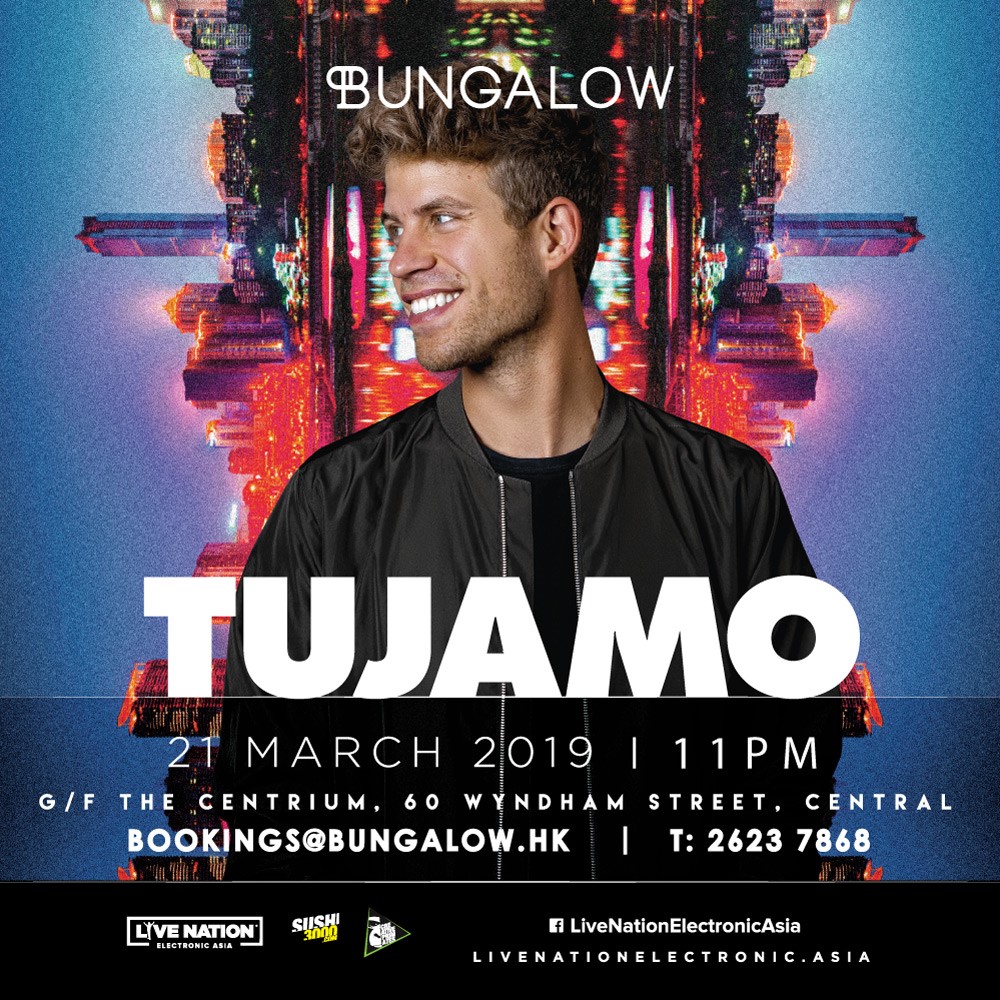 Gathering more than 450 million streams on Spotify alone, Tujamo has quickly become one of the most popular artists in electronic dance music and a trend-setter for many. With killer remixes and original material earning him countless accolades, Tujamo has demonstrated his dedication to pushing his distinctive take on dance music forward; despite many attempts to copy his production style, his unstoppable sound has kept him at the very top of the dance music scene.

Recently co-writing and producing the official anthem for the Untold Festival in Romania, ‘With U’, Tujamo conquered the music scene by storm and stood for yet another impeccable highlight in his career. His debut on Tiësto’s imprint Musical Freedom ‘Get Up’ and touring extensively through Asia and Europe leading up to 2019 gives us a clear idea of exactly where Tujamo's journey is heading - nowhere but up. Now, he is hitting Hong Kong on March 21st – catch his amazing set live at Bungalow and get ready for an epic night!